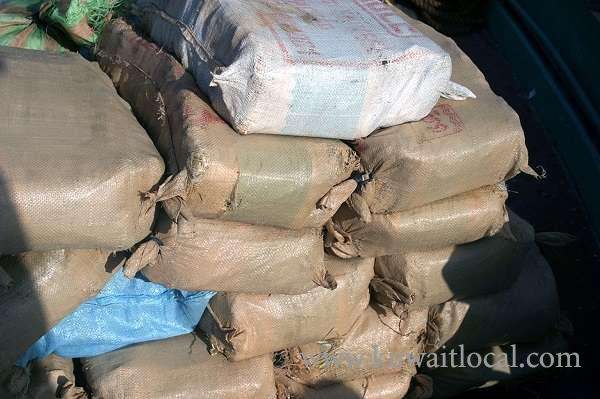 In 2016, work was continued in the sphere of demand reduction and supply for drugs in accordance with the anti-drug strategy defined by the Program of Comprehensive Measures to Counter Drug Abuse and Illicit Trafficking for 2016-2020. Attention was paid to improving the regulatory framework in the field of regulating the turnover of narcotic drugs and providing narcological assistance, improving the material and technical base and human resources of special units of law enforcement agencies and the narcological service.

As a result of organizational, practical and preventive measures taken, law enforcement agencies of the republic in 2016 revealed 6646 facts of crimes related to drug trafficking (here and in the data in parentheses are data for the same period last year - 6648). In order to identify and suppress the facts of illicit cultivation of narcotic plants and to stop drug supply channels to the republic from neighboring countries, the law enforcement authorities carried out a two-stage complex large-scale operation "Black Poppy-2016".

As a result of organizational and preventive and operational-search activities, 1,070 (1049) facts of illicit cultivation of narcotic plants were identified. Illegal crops with a total area of 4933 (5132) sq. M were destroyed.

As part of the organization of the month dedicated to the International Day against Drugs on June 26, an event was organized with the invitation of representatives of the diplomatic corps, the public and the media to burn narcotic drugs seized by law enforcement agencies of the republic from illegal traffic. In the stoves one ton of 438 kg of narcotic drugs was destroyed, including 145 kg of heroin, 655 kg of opium, 496 kg of marijuana, 115 kg of hashish, 27 kg of kuknar, and a large quantity of narcotic drugs in the form of tablets and solutions.

According to the law enforcement bodies of the republic, in 2016 in Uzbekistan 43 facts of illegal trafficking in new psychoactive substances were revealed, 579.1 gr were seized. Various types of NIP and other synthetic drugs. In some cases, substances not included in the list of banned substances in Uzbekistan (ADB-FUBINACA, 5F-PB-22, 5F-PB-22 ethelester analog, 5-Fluoro-AMB, AB-FUBINAСA, MDMB-CHMICA, NM-2201 , UR-144 N- (3-chloropentyl) analog).

Analysis of illicit drug trafficking in Uzbekistan testifies to the absence at present of prerequisites for the mass distribution of NIPs on the territory of the republic, in view of the significant share of Afghan drugs (heroin, opium and hashish) seized from illicit trafficking.

In order to prevent the spread of the NIP in Uzbekistan and to take preventive measures, the interdepartmental Working Group, established on the basis of the National Information and Analytical Center for Drug Control, continued to improve existing legislation in the field of combating illicit drug trafficking.

Based on the results of the work, a draft law "On introducing changes and amendments to some legislative acts of the Republic of Uzbekistan" was prepared.

According to the data of the Narcological Service of the Ministry of Health for the past 10 years, the Republic of Uzbekistan has seen a positive dynamics of the development of the narcological situation in its main indicators. Thus, the number of drug addicts who are on dispensary for the period 2007-2016. Decreased from 19868 to 10505.

Training for the Narcological Service In order to train personnel in 2016, 126 doctors were trained at the Department of Narcology and Adolescent Psychopathology of the Tashkent Institute for Advanced Training of Physicians (TashIUV): 37 specialists completed their specialization, 44 were trained in psychotherapy and rehabilitation of narcotic patients, and general and thematic improvement in narcology-45.

To improve the quality of narcological care, the staff of the Department of Narcology of TashIUV developed and approved the order of the Ministry of Health of 28.03.2016. №151 "Protocols for the treatment of major narcological diseases at the level of regional narcological offices".

Also developed, approved and published in the state and Russian language guidelines "Determining the timing of compulsory treatment of patients with alcoholism, drug addiction and substance abuse in specialized treatment and prophylactic institutions of the Ministry of Health of the Republic of Uzbekistan", which are common among drug doctors. The national leadership "The organization of narcological help" was published in the state language, which was transferred to the organizational and methodological departments of narcological dispensaries and distributed to drug treatment doctors of all regions.

The international cooperation In 2016, under the coordination of the National Information and Analytical Center for Drug Control (NIACCN), work was carried out within the framework of the legal framework for bilateral and multilateral cooperation in the field of drug control. Measures have been taken to further strengthen the material and technical base of the competent bodies of the republic within the framework of the implementation of the Amendments to the Uzbek-American Intergovernmental Agreement on Drug Control and Enforcement of 2001.

With the assistance of the Italian Embassy in Uzbekistan and the UNODC Regional Office in Central Asia on April 11-15, 2016, In Tashkent organized a training course "Struggle against drugs in the Internet space" for representatives of the Ministry of Internal Affairs and State Customs Committee of the Republic.

In order to establish a practical mechanism for the exchange of operationally meaningful information between law enforcement agencies of Uzbekistan and Slovakia in the sphere of illicit trafficking in narcotic drugs and psychotropic substances and strengthening control over precursors, an agreement was signed between the Government of the Republic of Uzbekistan and the Government of the Slovak Republic on cooperation in combating illicit trafficking in narcotic drugs Means, psychotropic substances and their precursors (signed on September 20, 2016 in Tashkent).

In accordance with the Agreement on Cooperation between NIACCN and the Representative Office of the Foundation. K.Adenauer in Uzbekistan in August and September 2016. Training events in Italy and Germany on the topic "German-Central Asian Dialogue on Security Policy and the Fight Against Organized Crime" were held. Besides, together with the Foundation and the Ministry of Public Education, warning and prevention booklets have been published and disseminated in general education schools in order to raise students' awareness of the risks and negative consequences of drug addiction.

Law enforcement agencies and other agencies have been provided with technical equipment and equipment worth over $200,000 in the course of the UNODC project "Combating illicit trafficking of Afghan opiates through the northern route by strengthening the capacity of key border points and establishing border cooperation offices" - HAS/K22 and the "Global Program of UNODC and the World Customs Organization for the Control of Container Transportation" - GLOG-80.

In 2016 In cooperation with the UNODC and the Embassy of Japan, the implementation of a new project "Combating the smuggling of Afghan drugs in Uzbekistan through the creation of interagency mobile groups" was developed in the framework of the UNODC's Central Asia Program for 2015-2019.

Training courses, seminars and trainings were organized in the framework of projects for the improvement of the qualification of the staff of the authorized bodies of Uzbekistan. In 2016, 204 employees of relevant ministries and departments of the republic took part in trainings, courses and seminars on combating illicit drug trafficking, drug prevention and treatment.