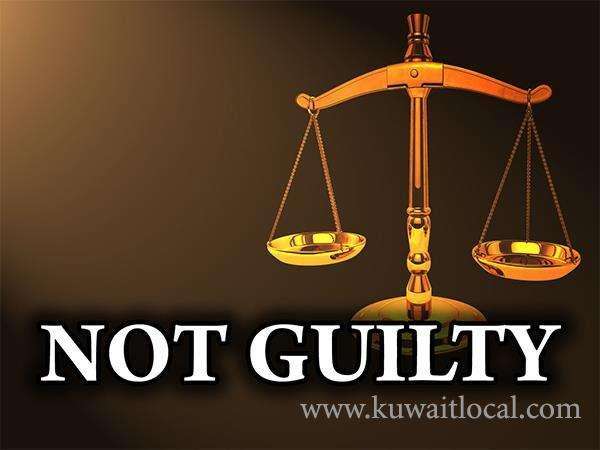 The Court of Appeals, presided over by Judge Nasr Al-Heyd, overruled the verdict of the lower court which sentenced a Syrian to 10 years in prison with hard labor, and instead acquitted him of human trafficking.

The higher court also relegated the charge to misdemeanor for helping his brother escape from the country, an act punishable by one year in prison. The court based its ruling on the fact that the Constitutional Court nullified an article related to the Human Trafficking Law. According to the case files, the Public Prosecution charged the defendant and others of human trafficking.

The accused are said to have helped and facilitated the escape of a Syrian businessman – the brother of the defendant – from Kuwait to Iraq in return for $20,000. Representing the defendant was Attorney En’aam Haydar who argued that the prosecution failed to follow proper legal procedures, and violated international law and protocols on human trafficking, in addition to the fact that her client did not break any law since there is no substantial evidence linking him with the accusations hurled against him.

Meanwhile, the Court of Appeals nullified the decision of the Court of First Instance, which sentenced a Kuwaiti man to four years in prison with hard labor for attacking a taxi driver and damaging his taxi in a two car collision. The appellate court thereby refrained from pronouncing punishment against the man.

The case file indicated the defendant caused permanent damage to the finger of the plaintiff and the slap on his left cheek has weakened the rate of his hearing. By estimation of a specialized committee at Zain Hospital, the rate of disability in the body of the plaintiff is 1 percent.

This conclusion was documented in report of the General Department of Criminal Investigations and forensic medicine. The man also damaged the taxi deliberately in his bid to hurt the taxi driver. Lawyer of the defendant Ali Al-Harz prayed the court to scrap the previous ruling, citing inconsistent statements with the technical proof. He argued that some of the claims were illogical and frivolous allegations.