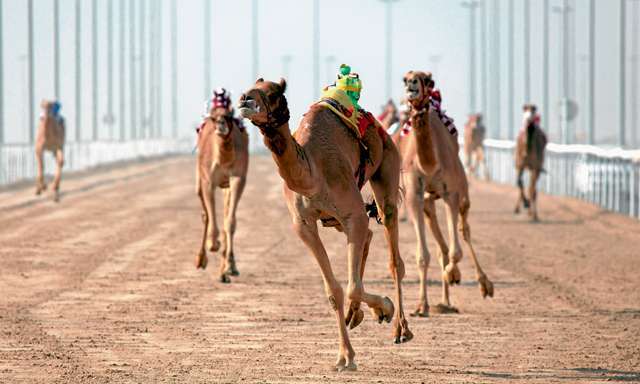 Camel races in Kuwait: Kuwait Camel Racing Club's local sports season for 2022-2023 had already begun on 10th September 2022, at Sheikh Fahad Al-Ahmad Al-Jaber Al-Sabah race track. This activity included nine runs. Kuwait will host weekly camel races for seven months, which started on September 10 and will continue for seven months. Over 300 participants of all ages took part in the race, which increased the number of camels. Kuwaitis are very excited about the race and it's going to be a big success. Race success has been attributed to Kuwaiti camel owners who are eager to make the season a success (KUNA).

The weather has gotten cooler, so if you haven't been to the camel races yet, now is a good time to visit. In this article, we have covered everything you need to know about the Kuwait camel race 2022-23. You can find more information about this below.
you’ve never visited before.

Camel racing time and day: In the past, the races started every Saturday at 1 PM and lasted two or three hours. Starting this past Saturday, they will begin at 2:15 PM instead of 1:00 PM.

How can you watch the race:

There are two ways to watch the camel race:

1. Watch from the Start/Finish Point: One way is to park your car near the start or finish line and watch the race from a distance. By doing so, you will only have to watch the start or end of the races.

2. Driving around the race track: You can watch the races by driving around the track while the race is taking place. There are technically four tracks, but the main track for camels has a wide dirt track surrounded by railings. During the race, camel owners drive alongside their robot jockeys by driving on a dirt track right next to the racetrack. On the left side of the camel track are two paved roads separated by railings, one for the employees of the track and the camera vehicle, and the second for spectators to follow the camels. Basically, this looks exciting and chaotic. If you are driving around, you can also tune into FM 93.1mhz on the radio to hear a live broadcast of the actual race.

Thank you for visiting our website and we hope that you have found it useful. Those who have watched camel races in Kuwait are welcome to share their experiences.