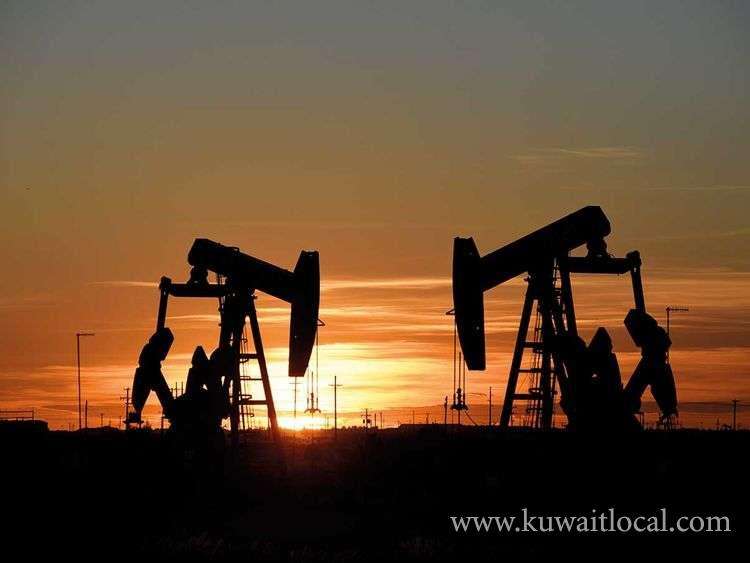 For bulls and bears with long memories, the oil market may seem a lot like 1991.

Nearly three decades ago, US forces had just launched the “Desert Storm” operation to liberate Kuwait from Iraq, and oil tankers navigating the region were fearful of retaliatory attacks from Saddam Hussein’s forces. At the same time, the global economy was slowing down and US crude inventories were starting to pile up.

The situation in the Middle East today feels like a déjà vu.

As in the Gulf War, oil tankers are at risk, with two attacked in the Gulf of Oman on Thursday. But slowing economic growth — combined with rising US shale production — is swelling stockpiles. According to the US Energy Information Administration, American crude inventories jumped last month by 15.7 million barrels — the largest monthly increase for any May since precisely 1991.

The contradictory forces explain why the oil market took this week’s attacks on tankers, which follow several similar incidents in the same area last month, with relative calm. In the past, the mere sniff of a threat to supplies from the Middle East would have sent oil prices up as much as 5 per cent. Prices ended Thursday just 2.2 per cent higher. They traded slightly lower on Friday as the International Energy Agency issued bearish forecasts for supply and demand balances.

“For now the war on trade is having a greater impact on oil prices than the war on tankers and market participants refuse to take the tanker attacks seriously, at least until a fully-laden crude oil VLCC [very large crude carrier] is hit,” said Olivier Jakob, managing director of consultant Petromatrix GmbH.

Burning Ship
For now, the war that really worries oil investors is the deepening trade conflict between the US and China — by far the world’s largest oil consumers. Between the two of them, they gulp roughly a third of global petroleum output.

Brent and West Texas Intermediate crude certainly rallied in the hours after the first reports of the tanker attacks, but were merely clawing back some of the losses earlier in the week. Even at its peak above $62 a barrel on Thursday, Brent was still trading below its price on Monday.

As the day went on, even spectacular aerial footage of one the tankers ablaze, leaking its cargo of petrochemical feedstock naphtha into the sea, crude kept sliding.

The options market didn’t show any sign that traders were pricing in an imminent oil-price spike, although some traders bought options that would pay off if Brent crude surges to $80 to $85 a barrel by December.

The factors capping oil prices are related to supply and demand, but also politics. On the first front, the global economy is slowing down, and with it the growth in demand for crude. On Thursday, Opec warned that “throughout the first half of this year, ongoing global trade tensions have escalated,” resulting in “weaker growth in global oil demand.”

IHS Markit Ltd, a consultant, estimates that oil demand contracted in March — the most recent month with reliable data — by the biggest amount since the 2008 to 2009 global financial crisis.

US independence
Second, the geopolitics of oil have also changed as the shale basins of Texas, New Mexico, Oklahoma and North Dakota boost US production to an all-time high. As a result, America, the world’s largest oil consumer, is buying a lot less crude from the Arabian Gulf than it used to.

Even as traders take the tanker attacks in their stride, the oil market faces serious risks. Iran controls the mouth of the Strait of Hormuz, the chokepoint for nearly 20 per cent of the world’s oil output.

“I’ve been saying for the past month that threat of war with Iran is overhyped. Not after today,” said Ilan Goldenberg, a senior fellow at the Washington-based Centre for a New American Security and former Pentagon official. “We should be concerned.”

With warships and fighter planes from rival nations converging in the area, the risk of a mistake — and an unintended war — is growing. In the 1980s, the last time that the Arabian Gulf saw repeated attacks on tankers during the war between Iraq and Iran, a US warship shot down an Iranian airliner, killing nearly 300 passengers, after it mistook it for a F-14 Tomcat fighter plane.

Today’s tensions were underscored by an officer on board a vessel 45 miles away from the attacked tankers, who described the VHF radio communications in the aftermath of the incident: “American warship identifying itself as ‘Coalition Warship’ stating they have multiple vessels and aircraft in the vicinity. Iranian Navy calling vessels asking their intention in the area.”