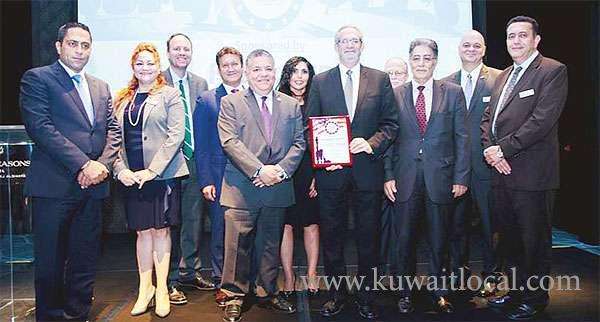 Members of the American business community held a successful meeting to kick start a busy year at the Four Seasons Hotel Burj Al Shaya. Chairman of the Board for the American Business Council (ABCK), Oswaldo Rueda addressed the distinguished guests, “Welcome to our Annual Back to Business Networking Meeting and a special welcome to our Ambassador HE Lawrence H. Silverman this evening’”.

Rueda talked about the expansion plans for the business council while highlighting the major achievements in the past. “We have a new board in place whose focus is to revamp the benefits we offer to our business community through our membership. Our mission is to become the most recognized business council in the region.” Rueda then called on the stage Silverman, US Ambassador to Kuwait, for his address to the members of the community.

Ambassador Silverman briefed the guests on the recent visit of the Amir to Washington on September 6 where he met with President Trump and also held a roundtable with the CEOs of leading US companies.

Ambassador Silverman said, “The Amir’s message to the CEOs was simple. Kuwait has a lot of development projects in process and they need the support of international companies to successfully complete these projects. He asked for US firms to actively participate as Kuwait looks to utilize the latest, most effective technologies to develop new cities, new roads, a new university, improve its power system and its airport, expand oil exploration and build new petrochemical facilities and hospitals, develop the islands off the northern coast of Kuwait, and improve defense and cyber capabilities.

Our Embassy will continue to promote these opportunities to US businesses and work with the Kuwaiti government to ensure that US companies have a fair and equal opportunity to win these government contracts.” He added that the US Embassy is now working hard on the upcoming 3rd Strategic Dialogue, which is an annual government to government forum chaired by the Secretary of State and the Minister of Foreign Affairs to discuss different areas of cooperation within the bilateral relationship. Ambassador Silverman added that United States encouraged Kuwait to sign on to the World Trade Organization’s Trade Facilitation Agreement, which they did earlier this year.

Once fully implemented this should result in a significant savings for US exporters as processes are streamlined, goods clear customs more quickly, with more clear and accessible export and import regulations, increased automation, and a harmonization of processes and standards. In 2017 US exports to Kuwait reached an all-time high, and for the first-time ever the United States had a trade surplus with Kuwait.

As the sole sponsor of this annual meeting, Francorp Kuwait CEO, Khaled Al-Rashed took the stage to present his company’s achievements in the past and its future plans. Guests enjoyed a buffet dinner and the chance to make new contacts within the American business community in Kuwait.\