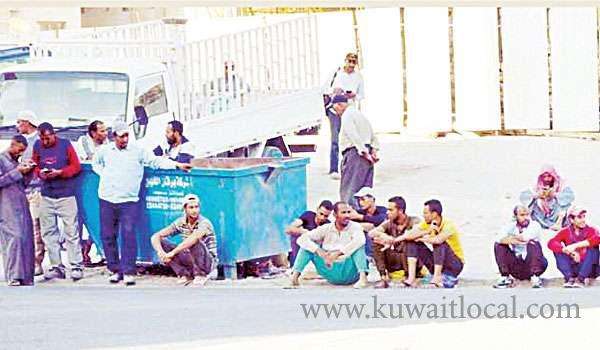 Head of Freedom Organization for Human Rights Dr Abdulrahman Mohammad stressed the need to increase awareness about the rights of laborers and the labor law in order to curb the phenomenon of visa trading, which is the main reason behind the huge number of marginal workers in Kuwait, reports Al-Qabas daily.

He revealed that 80 absconding reports are filed on a daily basis in Kuwait against marginal workers. Dr Mohammad indicated that the state’s ignorance to take action against the visa traders and their transgression represents its official sponsorship of this phenomenon, which in turn negatively affects the cultural and social fiber of Kuwait and delays the country’s progress in humanitarian activities.

He highlighted that the issue of high number of marginal laborers in Kuwait is a well-known matter internationally such that even the US State Treasury and other countries concerned about human rights have been discussing with Kuwait about the actions taken in this regard in the annual report issued in December.

Dr Mohammad lamented that visa traders are the reason behind such high number of marginal workers in Kuwait as well as the greed of these traders to earn money illegally, adding that the ministry has been hiring workers to work in the mornings but letting them go to do as they please without any awareness about the activities of these employees in the evenings.