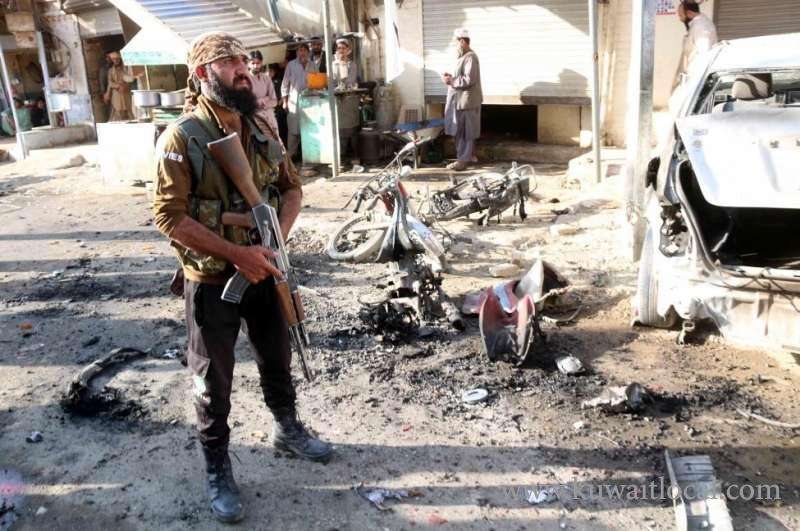 A senior Pakistani leader was among three people killed while several others were injured in a roadside blast in the country' restive Balochistan province on Saturday, according to a media report.

The incident happened in Chaman area of Qilla Abdullah district after the bomb planted in a motorcycle parked on the roadside exploded killing three people, including the central leader of Jamiat Ulema-i-Islam-Fazl (JUI-F), Maulana Muhammad Hanif, the Dawn reported. "The bomb was planted in a motorcycle and the target was the central leader of JUI-F Maulana Muhammad Hanif. He was critically injured initially but succumbed to his injuries while being shifted to the hospital," Chaman Assistant Commissioner Yasir Dashti was quoted as saying in the report.

The place of blast Chaman is located just kilometres away from the country's border with Afghanistan, which witnessed violence and blast on Saturday, killing two people as the country voted in the Presidential elections.

The injured were shifted to Civil Hospital Chaman, where an emergency was declared.

Chaman is considered a sensitive town in Balochistan as it shares a border with Afghanistan's volatile Kandahar province.

JUI-F leaders have been targeted in attacks in Balochistan in the past as well, the report said.

In May 2017, JUI-F leader and former Senate deputy chairman Maulana Abdul Ghafoor Haideri had suffered injuries in a suicide attack on his convoy in the Mastung area.

At least 28 people were killed in the attack and 39 others were injured, the report said.