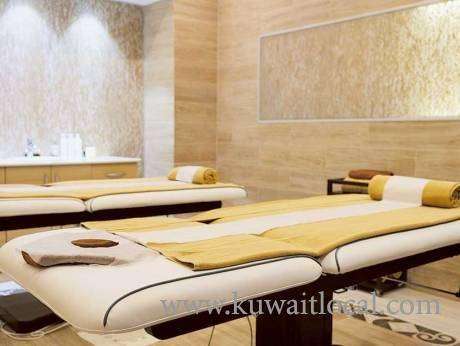 Massage parlours in Kuwait have been given one week to comply with the new rules to avoid facing legal action, including shutting down of the facilities.

Rules conveyed earlier to the owners called for restructuring the parlours to remove doors to all massage rooms, as the full privacy is often misused.

The new rules came into force on October 1. Kuwaiti daily Al Rai reported Monday that despite this, an inspection team in Salmiya and Hawalli found that most parlours had not complied with the rules, prompting authorities to warn owners they had seven days to comply before action is taken.

The municipality’s representative on the morals inspection team said dozens of parlour owners and investors had been warned during the evening raid on Monday.

“All the cases were related to the failure to remove the room doors,” Zeid Al Enezi said. “They were warned that non-compliance with the rules would lead to shutting down of the parlour immediately. There are many unethical things that take place behind closed doors that need to be addressed. We found various kinds of make-up, which is normally used by women. We were also shocked that most clients were men younger than 18.”

Al Enezi added that dealing with unethical practices was not the job only of the government and urged Kuwaiti citizens and expatriates to report parlours that do not comply with the rules and regulations.

“It is a shared responsibility and we need to protect our youth. We succeeded in the past in removing cabins in cafés, and we now need to work on ensuring massage parlours do not break the law.”

Young men will be sent to the parlours posing as clients to assess the extent of compliance with the rules, he added.

The morals committee is made up of representatives from the Ministry of Social Affairs and Labour, Ministry of Commerce, Ministry of Interior and Kuwait Municipality.

Homosexuality and cross-dressing are against the law in Kuwait, and convicted homosexuals could face up to 10 years in prison, if the engaged parties are under the age of 21.

In August, a local newspaper reported that Kuwait deported 76 homosexuals and shut down 22 massage parlours in the first eight months of the year.

The gay men were apprehended during nationwide campaign aimed at enforcing the law regulating massage parlours.