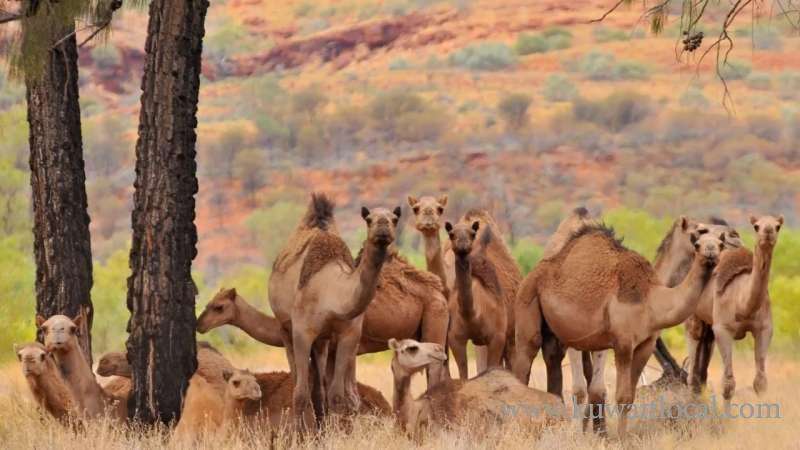 More than 10,000 camels will be shot by professional shooters in helicopters to prevent them from drinking too much water in drought-afflicted South Australia.

The shooters will begin the cull on Wednesday following an order from Aboriginal leaders in the Anangu Pitjantjatjara Yankunytjatjara (APY) lands.

Locals have complained that the animals have been entering communities and wreaking havoc as they look for any available water source, including taps and tanks.

“We have been stuck in stinking hot and uncomfortable conditions, feeling unwell, because the camels are coming in and knocking down fences, getting in around the houses and trying to get to water through air-conditioners,’’ Marita Baker, a board member of the APY executive, told The Australian.

The animals are also being culled over concerns about greenhouse gas emissions, as they emit methane equivalent to one ton of carbon dioxide per year, the paper reported.

A spokesperson for the South Australia Department of Environment and Water said the increasing number of camels had caused several problems in the region.

“This has resulted in significant damage to infrastructure, danger to families and communities, increased grazing pressure across the APY lands and critical animal welfare issues as some camels die of thirst or trample each other to access water,” the spokesperson told news.com.au.

“In some cases, dead animals have contaminated important water sources and cultural sites.”

The operation to control the camel population, estimated to total 1.2 million across the country, is expected to take five days.

Their carcasses will be left to dry off before they are burned or buried, ABC News reported.

Camels were introduced to Australia from India and Afghanistan during the 19th century, and were used for transport and construction.

If culling did not take place, the camel population would double every eight to 10 years.

The operation comes amid estimates that more than a billion animals have died in the wildfires which have been raging across Australia.

Chris Dickman, an ecologist at the University of Sydney, told HuffPost earlier estimates that nearly half a million creatures had perished were conservative because they did not include animals such as bats, frogs and invertebrates.

Including those, he said it was “without any doubt at all” that the losses exceeded 1 billion, which he also called “a very conservative figure”.

Conservationists and wildlife experts fear the bushfires may have wiped out entire species of animals.

Populations of small marsupials called dunnarts, along with glossy black cockatoos, may have disappeared entirely after fires burned a third of Kangaroo Island, which has been left a “scorched wasteland”.