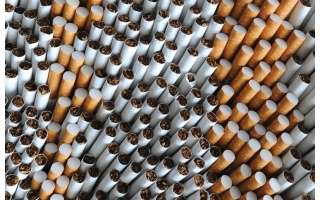 Packs of cigarettes disappeared from shelves in the market in anticipation of price increase, although officials from the Ministry of Trade and Industry say no decision that has been issued to increase the prices of cigarettes in the country, reports Al-Rai daily.

Sources privy to the issue noted the Ministry of Trade and Industry has instructed its inspectors to conduct surprise raids in various commercial outlets to curb the artificial price increase of cigarettes to protect consumers from exploitation by traders.

The same sources indicated the ministry has warned of imposing tough penalties on anyone proven to have violated the law through stockpiling cigarettes with the aim of selling them for higher prices due to scarcity. The phenomenon of hiding cigarettes corresponds with the Gulf Cooperation Council’s member states, which approved 100 percent tax increase on tobacco, although the implementation of the decision has yet to take effect.

In November last year (2015), finance ministers of the Gulf Cooperation Council (GCC) states have given thumbs up for imposing a 100 percent selective tax on tobacco and related products equal to customs duties of these products. The decision was taken at the 101st meeting of GCC Financial and Economic Cooperation Committee in Doha, Qatar, based on a recommendation from the third meeting of representatives of the GCC customs union and a team from the GCC unified tax system to study the imposition of selective taxes on tobacco and its related products, as well as its value, and means of levying.

At that time, Kuwait’s Minister of Finance Anas Al-Saleh mentioned that the GCC ministers have also approved a draft law to protect consumers in the Gulf states. The bill has been referred for deliberations and final approval at the upcoming GCC summit. Al-Saleh had said the conferees assigned the GCC finance undersecretaries to prepare a thorough study on a proposal to impose value added tax in the Gulf countries for discussion in the upcoming committee meeting.

Also, at a joint meeting with the International Monetary Fund Managing Director Christine Lagarde, Al-Saleh said the IMF chief presented three papers to the meeting regarding the impact of oil prices retreat on the economies of GCC countries, and the required measures to help avoid huge budget deficits and or any other financial problems.