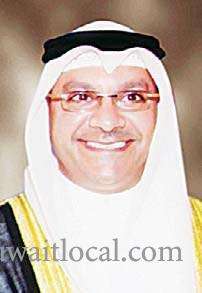 Kuwait is proceeding with the implementation of its privatization program as a strategic goal over the coming years to provide thousands of new jobs for the Kuwaiti people. Head of the Kuwait technical agency for the privatization program Sheikh Fahd Salim Al-Sabah made the statement to KUNA on Saturday on the sidelines of his current visit to London.

He added that tens of thousands will be entering the labor market over the coming two decades, making it hard for the government to find them jobs in the public sector. Sheikh Fahd Al-Sabah urged the Kuwaiti youth to opt for working in the private sector with no delay, saying it will give them the chance to fulfil their expectations and promote their skills and capabilities.

He referred to fears by some young men of working in the private sector, despite the legislations preserving their rights against any potential abuse by investors or employers. He stressed in that respect that the government and the National Assembly stand by the side of the Kuwaiti ambitious youth, and defend their rights.

According to Sheikh Fahd Al-Sabah, the government aims from the privatization program to create jobs for thousands of the Kuwaiti youth and achieve economic growth as well as reducing the operational costs of the state. Last year, the technical agency for the privatization program conducted an overall survey for the major government sectors that can be privatized, he said. He added that they have drawn up a plan to privatize the sectors over 25 years to come.

Steps Such steps are based on the privatization law, making benefit from experience of other countries, he said. He also called for amending the law so that instead of transferring ownership totally from the public to the private sector, the latter can be involved in administration or leasing.The Ministry of Public Works Undersecretary Eng Awatef Al-Ghunaim has affirmed that the ministry is keen on collecting fines from contractors who delayed the implementation of projects, reports Al-Anba daily.

Speaking to the daily, Al-Ghunaim explained the process of collecting fines includes fees for selling processed sewage to a number of authorities affiliated to the ministry; indicating the total amount which will be collected from contractors is about KD 90 million.

In another development, the Parliament and government have agreed on reducing the age of housewives who receive social aid from 55 to 50 years old, reports Al-Shahid daily quoting a parliamentary source. According to the source, the proposed amendments to the law will be discussed by the concerned parliamentary committee soon in order to take a decision which satisfies all parties. The source disclosed that the government thinks reducing the age to 40 will be an additional burden on the national budget.