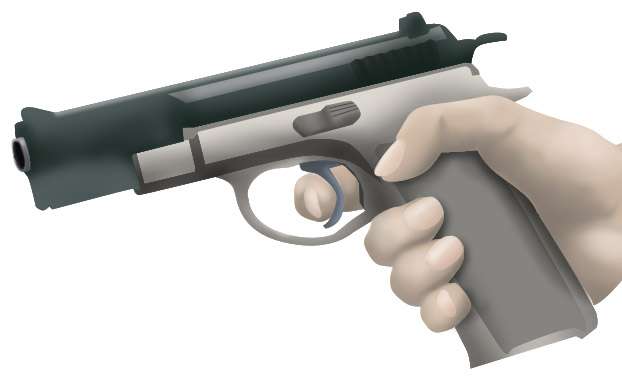 Security authorities in Asir in southwestern Saudi Arabia have arrested a man accused of approaching a group of women with a gun in his hand, saying he was looking for a woman who had quarreled with his wife. The women, including the armed man’s wife, were teachers waiting for a bus to take them to work.

“My wife and other teachers were assaulted by a man who was brandishing a gun,” a man who filed a formal complaint told Saudi news site Sabq. “They were terribly scared and they were moved to safety by the driver who arrived at the site on time to help them. The armed man was furious and he wanted to know which of the teachers had a fight the day before with his wife."

According to the report, the teacher whose husband showed up with a gun had a history of problems within the school and was often warned to improve her attitudes. Mohammad Al Fifi, a spokesperson for the education district in Asir, said an investigation was launched into the complaints filed against the teacher by school staff.

Online readers condemned the armed man as a coward who used a gun to show off and scare women. “A real man will never do that,” Endless said. “If there is an issue, it is settled in a civilized way, and not through the use or under the threat of guns. Let alone when you are dealing with women. That is a shame,” he said.

Another user, Grateful, said that the man was a “chicken.” “You allow yourself to threaten women? You mean you want to defend your wife by assaulting other women? You are a total failure,” he said. “No wonder education levels are suffering because of teachers like your wife and her terrible attitude.”

Abu Saleh said there were far more civil ways to settle disputes. “This man should have contacted the school and found out exactly what happened between his wife and the other teacher,” he said. “No one has the right to threaten women even verbally, let alone with a gun, simply because his wife had an issue with one of them. Maybe he was high on drugs, but he should be punished for what he did,” he said.