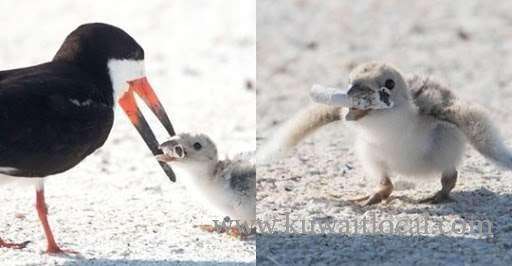 Humans have made living conditions hell for the wildlife. Plastic bags and wires choking and killing the sea life, polar bears being forced to enter into the city because of the melting of ice and lack of food, and multiple species being driven to the point of extinction - this is all our doing.

Plastic waste is a massive problem, but something else that has littered our beaches, is threatening the lives of sea and land creatures and is not being called out enough - it is cigarette butt.

Karen Mason is a volunteer for the National Audonon Society and a photographer. She captured this heartbreaking picture of a mama bird feeding her baby a cigarette butt and naturally, it made her furious. 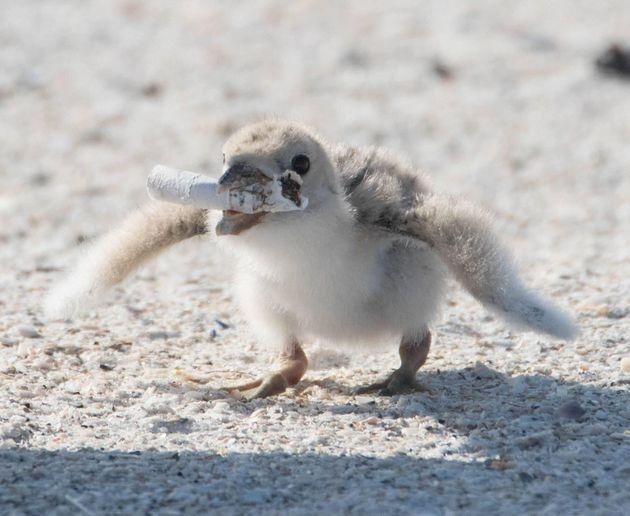 When Karen was taking a stroll on St Pete’s Beach a few days ago, she happened to have her camera on her while bird stewarding (making sure that people on the beach were not bothering the wildlife). That's when she saw a black skimmer feeding her baby something unusual. She clicked a few pictures of it.

Reportedly she said, “I knew it wasn’t a fish but couldn’t tell what it was until I got home and blew it up.” She was taken aback when she realized that the chick was being fed a cigarette butt, it would horrify anyone." 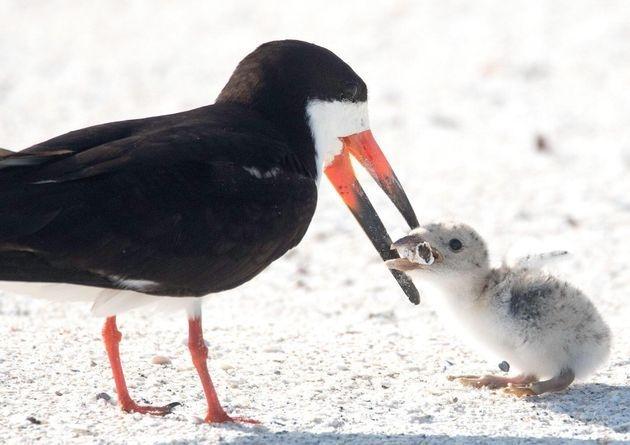 Mason decided to share the anger-evoking images with many wildlife groups, and put them up on her Facebook page as well. The fact that cigarette butts littered on beaches are harmful, has now started to gain more attention.

A campaign by  San Diego State University Graduate School of Public Health found out that a large percentage of the 5.5 trillion filter cigarettes are thrown somewhere in the environment every year. A report also found that cigarette butts, not plastic straws, are a bigger threat to our oceans.

We should not just be scared for the wildlife. Cigarette butts on beaches can be harmful for kids too who might pick them up. Reportedly Mason said that if it was not for the volunteers cleaning up Florida beeches, they would be completely full of trash.

The least that you can do is to dispose your cigarette butts in the garbage. Humans have tested nature to its tensile strength and with the adverse effects climate change is having on our race, the nature seems to be in retaliation now. It is only when we do the bare minimum will we be able to save our wildlife and our selves.