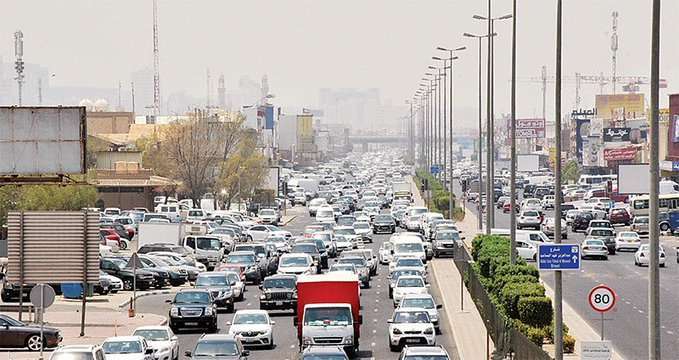 Municipal Council member Dr Hassan Kamal was quoted as saying the delay in the implementation of the decision to address defects in the roof of the Darwaza Tunnel and the continued closure of the intersection and traffic movement at this vital site in the heart of the capital, which connects Ahmad Al-Jaber Street and Mubarak Al-Kabeer Street, has caused traffic congestion and confusion among some businesses and visitors to the region.

Besides the negative impact on the area because of the behavior of vehicle drivers, the decisions issued with regards to repair the defects in such a location need to be dealt urgently and firmly and the authorities responsible for this pedestrian tunnel and the traffic intersection must act soon and fast. Dr Kamal said in a press statement, the Darwaza Al-Abd Al-Razzaq intersection is an important part of the Capital commercial area, and the Ministry of Interior closed this intersection more than a month ago, in addition to closing the pedestrian tunnel that lies just beneath the intersection due to the appearance of cracks in the asphalt surface of the intersection.

It is believed in principle its causes are due to defects in the expansion joints of the concrete roof of the tunnel under the intersection. He pointed out the repairs must be carried out immediately, after which the Ministry of Public Works re-does the asphalt surface, taking into account the surface inclinations of the road to drain rain water.

He added that the pedestrian tunnel was built in the mid-1980s under the intersection to facilitate pedestrian crossing and connect commercial markets and banks in the four directions, and public utility company was responsible with managing, operating and maintenance of the tunnel after signing the contract with the State Property Department at the Ministry of Finance, but the contract is said to have expired.

He added the Ministry of Finance is currently responsible for the tunnel and can coordinate to deal with construction defects. The Kuwait Municipality wants to manage the pedestrian tunnel and join it to its vision for the development of Mubarakiya markets, and has asked the Finance Ministry to transfer it to its care after treating the defects, while the Ministry of Public Works is concerned with the asphalt laying, but most importantly the Ministry of Interior is concerned with traffic movement, ease of movement of vehicles and pedestrian movement safely in the heart of the commercial capital.

However, Dr Kamal hopes the ministries of Interior and Finance quickly coordinate with the concerned authorities to address defects in the roofs of the tunnel and open it for traffic, especially as winter and rainy season has started kicking in and may cause double traffic congestion.