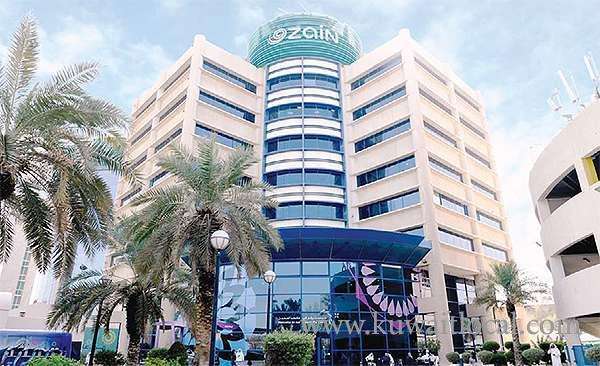 Zain Group, the leading mobile telecom innovator in eight markets across the Middle East and Africa, announces its consolidated financial results for the third-quarter and nine month periods ended 30 September, 2018.

1. Zain Saudi Arabia (KSA) became a subsidiary of Zain Group due to the stepup acquisition during the quarter. Consequently, Zain KSA’s financial results are consolidated within the Q3 results of Zain Group, thus bolstering the Group’s financial indicators on various levels and maximizing shareholder value.

2. The impact of the Zain KSA consolidation resulted in Zain Group recording an additional USD 521 million in revenues and USD 194 million in EBITDA for Q3 2018.

3. The application of IFRS 15 accounting standards from the beginning of 2018 significantly impacted EBITDA.

4. Group data revenues (excluding SMS and VAS) experienced a 50% growth for the first nine months of 2018, representing 31% of the Group’s total revenues. It should be noted that the substantial growth is predominantly due to the consolidation of Zain KSA results in Q3 2018.

5. The nine-month period was further highlighted by the notable 43% increase in net income and 10% growth in customers in Zain Iraq; healthy data growth of 7% in Zain Kuwait; with Zain Sudan continuing to perform exceptionally well in all key financial indicators in local currency terms.

6.Zain announced the launch of its pioneering Zain Drone service in Kuwait, with the plan to expand its operation to other markets. Zain Drone as-a-Service will offer state-of-the-art bespoke drone solutions and will provide advanced analytics for governments and businesses.

Commenting on the strong performance, the Chairman of the Board of Directors of Zain Group, Ahmed Al Tahous said, “It is rewarding to be able to report growth in key financial metrics for the third-quarter and nine-month periods of 2018 given the challenging market conditions across our footprint. These promising results highlight the Group’s success in implementing strategic plans, that are dynamic in meeting with the sweeping changes in the ICT sector.”

Al-Kharafi continued, “We are strategically transforming ourselves from being a pure telecom provider to a digital services provider. We draw confidence from rollout of numerous customer centric digital services in key markets that contributed to the impressive growth in data revenues for the nine-month period that now accounts for 31% of overall service revenues. We will continue to foster this area of the business, both in individual and enterprise terms.”

Furthermore, Al Kharafi said, “It is our focus on innovation and seeking new revenue streams, upgrading our networks to be 5G ready and driving efficiencies that allows us to consistently deliver strong operational results, maintain our leadership position in most markets and enhancing shareholder value.” As a pioneering aspect of the company’s digital transformation journey, Al-Kharafi commented on the progress being made with the establishment of the Zain Innovation Center (ZINC) in Kuwait and Jordan.

“The introduction of ZINC is another step forward by Zain aligning to its brand values and Corporate Sustainability objectives, as well as the company’s active investment in delivering on its strategic digital lifestyle aspirations. The incubator themed co-working hub is playing an instrumental role in bolstering youth entrepreneurship in both country’s startup ecosystems. We are attracting major global pioneers and mentors from across the digital value chain to make appearances at ZINC and inspire budding entrepreneurs through presentations and workshops and much more.”

Al-Kharafi concluded by commenting on the recent launch of Zain Drone services in Kuwait, “The disruptive power of drone solutions will boost efficiency for many businesses and government entities in Kuwait and across our footprint in a safe, cost and time efficient manner. As a leading innovator we shall continue to invest heavily in the roll-out of Zain Drone services, positioning ourselves favourably to maximize the many opportunities in this burgeoning area, while at the same time fulfilling our digital transformation strategy of offering unique and business enhancing services.”

Transforming itself to a digital services provider, Zain Kuwait has recently launched numerous digital services expanding its offering of innovative solutions under its Zain Life portfolio of services. These solutions include the empowerment of a smart home, a smart health, a smart lifestyle for consumers and a smart and efficient business sector empowering the New Kuwait 2035 Vision.

This customer service channel utilizes the latest artificial intelligence (AI) solutions to interact and respond to customer inquiries in a fully automated manner without the need of human interaction. Recently, Zain Kuwait launched eSIM services, an electronic SIM that replaces the traditional physical SIM card that is embedded in the device and allows customers to add up to 10 numbers in one device.

Iraq: Zain Iraq performed exceptionally well for the first nine months of 2018 when compared to the same period in 2017 with revenues reaching USD 853 million, a 5% increase Y-o-Y and EBITDA amounting to USD 308 million, up 10% Y-o-Y, reflecting an EBITDA margin of 36%. The operation reported a net profit of USD 34 million for the nine-month period, up 43% Y-o-Y. The expansion of 3.9G services across the country (345 new sites) and restoration of sites in the West and North (97% of all sites restored to date), combined with numerous customer acquisition initiatives, especially in core regions, resulted in an impressive addition of 1.3 million customers (10% increase) to reach 15 million. Another contributing factor to the operation’s financial revival was the significant growth of data revenues, robust growth in the Enterprise (B2B) segment and the revamping of Zain Iraq’s call centers, which significantly improved customer service.

Sudan: A substantial currency devaluation (approximately 40%) in Sudan affected the operation’s financial results in USD terms for the first nine months of 2018. Nevertheless, in local currency (SDG) terms, the operator continues to perform remarkably well as revenues grew by 31% Y-o-Y to reach SDG 6.8 billion (USD 253 million, down 20% in USD terms).

Saudi Arabia: For the first nine months of 2018, the operator recorded stable revenues of USD1.5 billion and EBITDA of USD 510 million, reflecting a healthy 35% EBITDA margin. For the third quarter of 2018, Zain KSA reported revenues of USD 521 million, up 8% Y-o- Y, EBITDA of USD194 million up 15% Y-o-Y, with a 37% EBITDA margin, and net income of USD 13 million compared to USD 1 million in Q3 2017. The operator’s total customer base stood at 8 million at the end of September 2018. Data revenues (excluding SMS and VAS) represent 52% of total revenues.

Jordan: Zain Jordan served 3.8 million customers at the end of September 2018, maintaining its market leading position despite intense price competition and challenging economic conditions in the Kingdom. Y-o-Y revenues were stable at USD 369 million, with EBITDA down 15% to USD 148 million, reflecting an EBITDA margin of 40%. Net income decreased 21% to USD 56 million for the nine-month period. With the ongoing expansion of 4G services across the country, data revenues (excluding SMS & VAS) represented 38% of total revenues.