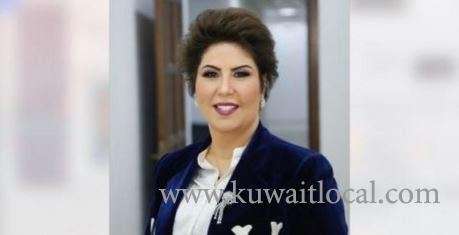 Writer Fajr Al-Saeed ignited a huge argument on social media due to her post on Twitter calling Arab countries to normalize relations with Israel, invest in Israel under the pretext of repairing Aqsa Mosque, and develop Arab and Islamic tourism in Israel to revive the holy city of Jerusalem, reports Al-Seyassah daily.

She went on to say that although countries sharing borders with Israel like Egypt, Jordan and the Palestinian Liberation Organization (PLO) signed peace treaties with Israel; Kuwait and some other Gulf countries are still adopting aggressive speech towards Israel.

In another tweet, Al-Saeed wrote in both Arabic and Hebrew: “I expect 2019 to be a year of security and goodness. On this occasion, I strongly support normalizing relations with Israel.” The Israeli account, ‘Israel in Arabic,’ which belongs to the Israeli Ministry of Foreign Affairs, welcomed the call; describing Al-Saeed as brave. The Israeli account said Al-Saeed’s call is logical and practical.

On the other hand, MP Sayyed Husain Al-Qalolaf said the call of Al- Saeed is either a reflection of the weak reality of some Arab regimes or she must have been given the green light to utter such statements. It is a catastrophe in both cases, he added. Al-Saeed responded: “Happy New Year Sayyed Husain. I think you know me well and you know that what I write comes out of my brain. No one gives me green lights.” She revealed in a recent tweet that she received death threats but she does not care.

Abdulrahman Al-Zebani commented on Al-Saeed’s tweet in support of her position, indicating that the late Egyptian President Anwar Al-Sadat managed to take Taba City back from Israel through peace talks