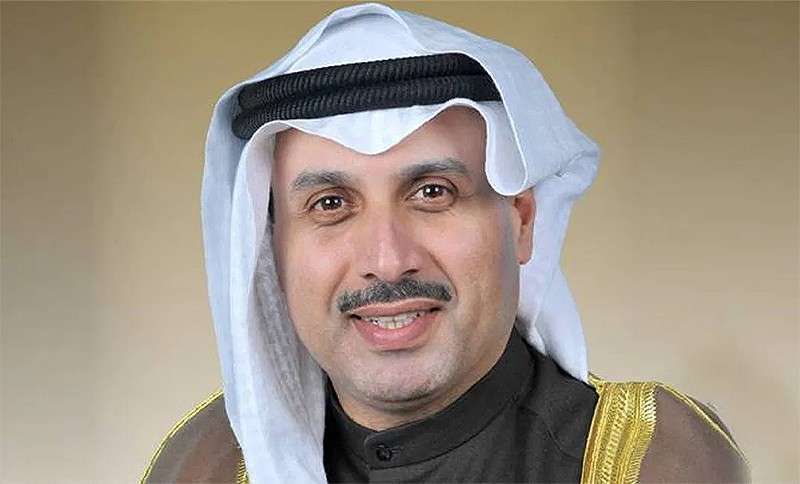 Deputy Prime Minister and Minister of Defense Sheikh Hamad Al-Jaber assigned ranks to a group of new officers after the Amiri Decree was issued to enlist them in the Kuwait Army. Speaking on the occasion Sheikh Hamad Al-Jaber congratulated the new officers and for having obtained the confidence of His Highness, the Amir, Supreme Commander of the Armed Forces, Sheikh Nawaf Al-Ahmad, on their enlisting as officers in the army. He called on the new officers to preserve their oath and work with all sincerity and devotion to serve the nation, protect its interests and make security and defense of the nation their topmost priority.
He also stressed on the importance of the great responsibility that these officers bear on their shoulders in total honesty and carry out their duties by arming themselves with knowledge, training and discipline and move forward to complete the march of their predecessors who have left behind the most wonderful images of sacrifice and redemption in order to protect the security and independence of the homeland and defence of its sovereignty.

On the other hand, Sheikh Hamad Al-Jaber affirmed yesterday his keenness to prepare and qualify Kuwaiti youth and bring them to the desired level of readiness to serve their community and support the armed forces of the nation when needed. This came in a press release by the General Staff, following Sheikh Hamad Al-Jaber’s inspection tour that included a number of Kuwaiti army units, accompanied by Lieutenant-General Khaled Al-Saleh, Lieutenant-General Fahad Al-Nasser and a number of senior army commanders. Sheikh Hamad Jaber Al-Ali conveyed the greetings and appreciation of HH the Amir, Supreme Commander of the Armed Forces, Sheikh Nawaf Al-Ahmad, His Highness the Crown Prince Sheikh Meshaal Al-Ahmad and His Highness the Prime Minister Sheikh Sabah Al-Khaled, to the army personnel for their sincere efforts and their continuous and tireless efforts to preserve the security and stability of the country.