<![endif]-->
Advanced Search
Why Kuwaiti Expats Should Remit Money To India, Pakistan, The Philippines In Mid-December
Category: Currency and Exchange 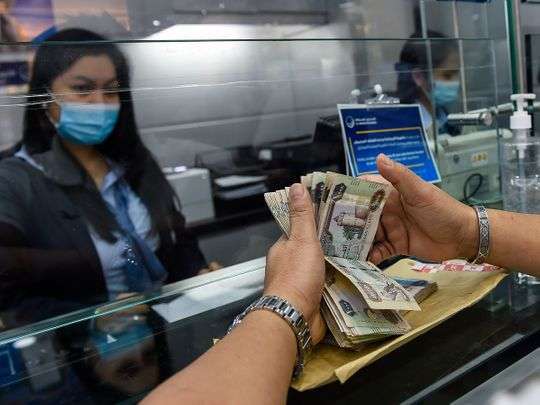 Remittances from Kuwait were considering a minimal increase to be a few, especially in South Asian currencies, a depreciatory pressure recorded in the past week which is beneficial from a remittance point of view. But the question is, will this currency trend continue?

Estimates show that the Indian rupee, Philippine peso, and Pakistani rupee are weakening in the weeks to come.

Is it an ideal time to send money back home?

Here we are providing you an analysis of previously mentioned currencies, how they have been performing and are expected to perform in near future. This will help you to understand whether sending money now to home will be profitable or should you wait for a better rate to come.

Indian rupee to trade weaker most by mid-December

So, it is monetarily reasonable to remit at the mid of December, as you will get relatively more Indian Rupees for your Kuwaiti Dinar.

These month-end rates will remain low in December prior to falling further in January at 251.58, and surprisingly further in February at 255.85, current estimates revealed.

It is realized that the Indian rupee has been uneven against the US dollar in the recent past. However, it has been diminished in the last six months overall. The currency exchange relies upon financial performance, expansion, interest rate differentials, and capital flows, etc.

It is generally determined by the strength or shortcoming of the specific economy. Hence, currency exchange fluctuates dynamically. The currency exchange rates of a country are considered a crucial element for central banks to set up a monetary policy.

Despite the fact that the dollar-rupee has not been able to cross 74.55, the manner in which the dollar record has risen, experts see it ascending towards 75 levels or more with the year-end drawing nearer.

Pakistani Currency also to trade weaker most by mid-December

In Pakistan, the buying rate of the US dollar was currently 176.66 Pakistani rupee (583.85 versus Kuwaiti Dinar).

As indicated by the research the Pakistani rupee value is expected to go down to 592.92 by the mid of December, from its current 582.43 against the Kuwaiti dinar. The value will strengthen before consistently ascending as the month progresses, before ending the month at 581.46.

During the last two weeks of December, it is expected that the Pakistani rupee will fall from 592.31 and 581.46, making mid-month the most productive and financially savvy time to remit.

The rates are expected to rise by the end of December and drop back to the current level in January 2022, ranging between 573.78 and 577.43 respectively, before the value of the Pakistani rupee plunges in February 2022, by Rs1.30.

The Pakistani rupee has been falling against the US dollar in the interbank currency market for quite a long time, in spite of national bank limitations on imports and its acquisition of greenbacks on the open market.

Analysts think that the Pakistani rupee's descending direction is probably not going to turn around sooner rather than later because of a deferred manage the IMF to fund-raise through the international bond markets.

Where is the Philippine Peso heading in the coming weeks?

As per research, the Philippine peso is relied upon to consistent at 165.85 against the Kuwaiti dinar over the course of the following 30 days – making it ideal to send cash throughout the following coming weeks.

The currency rates are most likely to drop in mid-December to 169.39, prior to bouncing back by the month-end to current levels. It is expected to turn unpredictable at the start of next year, ranging between 164.87 and 169.75 respectively.

The average exchange rate against the Kuwaiti dinar in November was 167.07, with the currency falling 0.3 percent in the month.

However, as rates are expected to fluctuate during the starting months of next year, it would be more financially savvy to remit by mid-December. The Philippine peso, which is currently 166.69 against the Kuwaiti dinar, dropped 1 percent during the last quarter.

Factors that triggering these currency movements:

Looking ahead the currencies are probably going to stay under pressure on rising rough costs and the relative strength of the US dollar. Analysts currently evaluate how oil prices could move higher for the time being. Oil costs bounced more than 50% this year, with request overwhelming stockpiles.

A potential decay against the dinar is an impression of the decrease of the monetary standards' fall against the US dollar on which the UAE cash is fixed. Nonetheless, assuming that the US dollar weakens, which experts think looks impossible, the patterns will turn around.

The world's third-greatest oil customer, India, is worried about domestic price pressures, with the country anticipating that fuel consumption should get back to pre-pandemic levels before the current year's over.

More or less, checking out the possibilities of the US dollar strengthening, the worth of South Asian currencies could encounter decreases in the months ahead.