<![endif]-->
Advanced Search
Why Are ‘vaccinated’ Expatriates Banned From Traveling Back While Kuwaitis Are Not?
Category: Expats 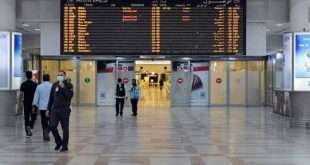 Lawyer Dr. Fawaz Al-Khateeb asserts that the Circular No. 27/2021 issued by Directorate General of Civil Aviation (DGCA) regarding permitting only the immunized citizens to travel back to Kuwait without including expatriates may reflect the case of negative differential treatment and it may involve the suspicion of violating the most basic constitutional human rights principles of equality and non-discrimination due to origin; as it will not permit expatriates traveling out of Kuwait to return even if they hold a valid residency.

Al-Khateeb added that the Constitution treats all people in Kuwait equally before the law as per public rights and duties without discrimination, stressing that the Coronavirus does not distinguish between people in terms of their nationalities, “and then prevent only vaccinated people with valid residency from returning, carries suspicion as it violates the stipulated constitutional principles stated in Articles 7, 29 and 175, as well as it violates the human rights principles of justice, equality and freedom established for all members of society; which principles are among the basic pillars of our democratic system.” “We understand the exceptional legal powers granted to the Minister of Health and the extent of their influence on all authorities in the country in these exceptional circumstances, including DGCA, and we are aware of the seriousness of the health situation and appreciate the efforts of the government and members of Kuwaiti society, citizens and expats, to limit the spread of the epidemic, but we do notice legal suspicions surrounding such circulars, especially when they do not equate citizens with expats with valid residency despite their immunity from that epidemic through vaccination,” he explained, stressing that the authorities should work to reconcile the public interest with the interests of all individuals without any discrimination.

Al-Khateeb also pointed out that the Constitutional principles are just a reflection of what was stated in the Universal Declaration of Human Rights, which was intended to prevent any suspicion of discriminated treatment, explaining that according to the explanatory memorandum of the Constitution, the suspicion of discrimination “does not exist in the country and the Constitutional legislator has been very careful to mention equality before the law for everybody in general as this principle is sufficient to prevent the suspicion of discrimination. Al-Khateeb further indicated that the issue is being raised so that the purpose of such a stipulation is to reduce the spread of the epidemic is unacceptable as the effect should not differentiate between people. “Preserving human lives is a general duty and a noble goal based on the importance of the human being as a human being without discrimination,” he said, indicating that what is being raised about the lack of confidence in some of the PCR examination tests in some countries is also unacceptable, as forgery is a crime which is mentioned at home and abroad to be punished on, and this can also be addressed by setting strict health controls and restrictions on arrivals without preventing them for no good reasons.

Al-Khateeb recommended that governments around the world should take into account the Constitutional principle of equality while issuing decisions and circulars related to the restriction of vital freedoms such as freedom of movement, with the aim of preventing discrimination for those in a similar situation — the vaccinated — and in order to achieve justice and apply the fundamental principle of equal treatment for all, which is central to any consideration for equality, pointing out that translating this principle into practice is a basic feature of justice and a basic criterion in developed countries. Impact on the State’s Reputation on Human Rights: “We understand the difficulty of global health conditions, which creates a greater challenge for the local authorities in promoting equality, justice and human rights policies,” Al-Khateeb concluded by stressing that the State of Kuwait has always sought to create a more equitable society, confirming that the review of such circulars will positively affect the reputation of Kuwait. “We, as individuals in the Kuwaiti society, see equality as a societal goal and a general aspiration principle, which we hope will always be reflected in legislation, decisions, and circulars.”