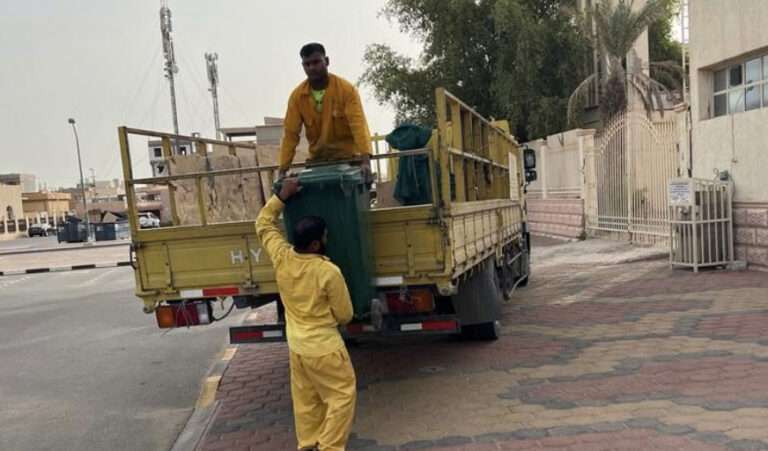 Kuwait appears uninterested and far from achieving its ambition, reports Al-Qabas daily, while nations around the world race to maximize the benefits of their waste by "recycling" it and reusing the damaged materials to create new profitable ones. Kuwait appears uninterested and far from achieving its ambitious goals despite successive industrial and technological development. The state’s losses appear to be large and growing, as a result of the costs of burying or burning waste, due to the severe damage this process leaves to the environment and human health.

In its Atlas of Waste Management in Kuwait, recently released by the Environment Public Authority, Kuwait spends about 285 million dinars a year on waste collection and disposal, within a ceiling of 7,500 tons of waste collected every day, and 50 percent of the country's waste is disposed of in landfills that are not ergonomically designed. The Atlas, a copy of which was obtained by Al-Qabas, pointed out that recycling operations in the country are carried out selectively, so that what is extracted from sand and slabs in the drums goes to fill the landfills and cover the waste layer there, which means the loss of valuable resources, and being affected by negative and harmful environmental effects.

In Kuwait, household waste represents 15 times the volumetric quantitative capacity of all 33 water towers, and on average each citizen contributes 0.85 kg. The Atlas stated that with regard to solid waste, citizens also generate waste outside their home, whether at work, restaurants or while shopping, and thus the daily amount of waste reaches 1.6 kg, which is much higher than the global average of 0.74 kg, and slightly higher than the average of the GCC countries which is 1.5 kilos. The sources pointed out that 1,000 tons of waste in the country is recyclable, mostly plastic, at rates of up to 14%, and cardboard, then glass, metal and wood, in addition to electrical and electronic waste at 1%.