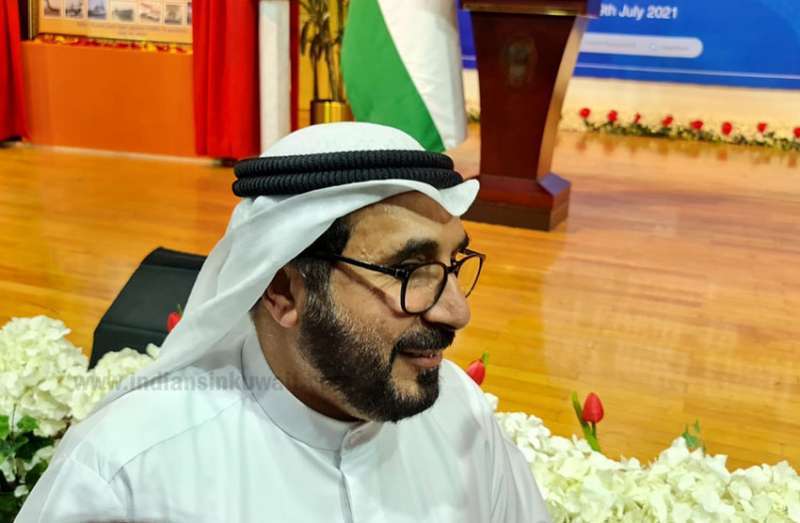 On the sideline of an event organised by the Indian Embassy in Kuwait, Yousef Sulaiman Al Fouzan said that the direct flight from India, Sri Lanka, Nepal, Pakistan, and Bangladesh to Kuwait is not allowed. However, Indians who got approval for their vaccination abroad and green colour in Immune app can enter Kuwait via any transit flight without any requirement of quarantine in a third country, he said in reply to a question by IndiansinKuwait.com. However, they must follow other conditions such as PCR test within 72 hours of departure, valid residency in Kuwait etc.

Civil Aviation authorities are discussing the opening of direct flight from India, and a decision on this will be taken very soon, he added.

Indian who received both doses of vaccines from Kuwait and their Immune app is showing in green colour, will not face any problem in leaving Kuwait and coming back to Kuwait starting from August 1st, Yousef Sulaiman Al Fouzan told IIK. He was speaking to the media at the Indian Embassy n Kuwait.