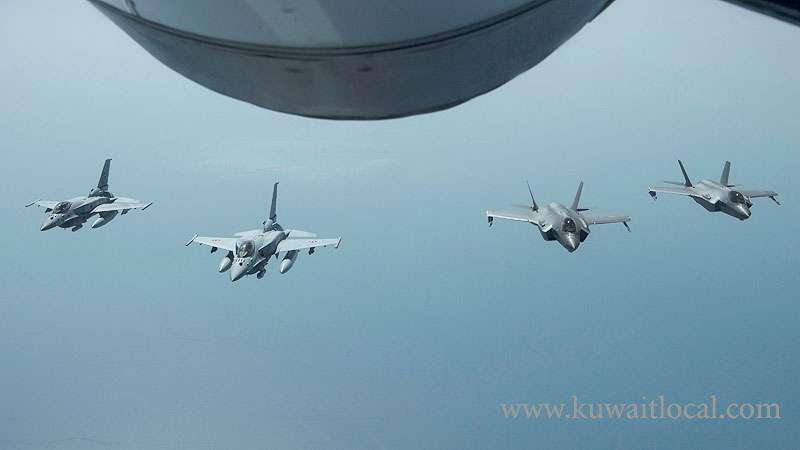 US President Donald Trump would consider using military force to prevent Iran from gaining a nuclear weapon but left open the question if it involved protecting oil supplies, he told Time magazine in an interview published on Tuesday.

Striking a different tone than some Republican lawmakers who have urged a military response, Trump told Time the impact of the recent attacks on Norwegian and Japanese oil tankers in the Gulf of Oman had been “very minor” so far. Asked whether he would consider military action against Iran to prevent it from obtaining nuclear weapons or ensure the free flow of oil through the Gulf, the president said, “I would certainly go over nuclear weapons, and I would keep the other a question mark.” The United States has blamed Iran for the tanker attacks, citing as evidence a series of images showing an Iran Revolutionary Guard Corps boat removing an unexploded limpet mine from the hull of the Japanese oil tanker attacked on June 13.

Acting
US Defense Secretary Patrick Shanahan said on Monday the United States was deploying about 1,000 more troops to the Middle East for defensive purposes, citing concerns about the threat from Iran. Tensions have been stoking between Washington and Tehran since the Trump administration decided last year to pull out of the Iran nuclear deal and reimpose sanctions on the Islamic republic.

Concerns about a possible confrontation between the two countries have been growing since last week’s tanker attacks. Iran said on Monday it would soon breach internationally agreed curbs on its stock of low-enriched uranium in 10 days, despite calls for it to abide by the limits. Trump said he agreed with US intelligence assessments that Iran was behind the tanker attacks, but he said Tehran had been less hostile toward the United States since he became president. “If you look at the rhetoric now compared to the days when they were signing that agreement (the 2015 Iran nuclear deal), where it was always ‘death to America, death to America, we will destroy America, we will kill America,’ I’m not hearing that too much anymore,” Trump told Time. “And I don’t expect to.” In announcing the new deployment, Shanahan said the forces are “for defensive purposes to address air, naval, and ground-based threats” in the Mideast.

“The United States does not seek conflict with Iran,” Shanahan said, describing the move as intended “to ensure the safety and welfare of our military personnel working throughout the region and to protect our national interests.” He said the US will continue to adjust troop levels as needed. Russia urged restraint by all parties and worries that the additional American forces could “bring in extra tensions,” Kremlin spokesman Dmitry Peskov said. Some supporters of the multinational nuclear deal blamed the Trump administration for Iran’s provocative announcements, saying they were predictable given the renewed US pressure.

Pressure
“While Iran’s frustration with Trump’s reckless and irresponsible pressure campaign is understandable, we strongly urge Iran to remain in compliance with the nuclear deal,” the Arms Control Association said in a statement. “It remains in Iran’s interests to abide by the limits of the agreement.” Iran has shown no willingness to negotiate another deal and has pledged not enter into talks with the United States while the administration keeps up the pressure with sanctions. Administration officials are struggling with whether to press the remaining parties to the deal, including Britain, France and Germany, to demand that Iran stay in compliance.

They must also consider whether such a stance would essentially concede that the restrictions imposed during the Obama administration are better than none. Under the deal, Iran can keep a stockpile of no more than 660 pounds (300 kg) of low-enriched uranium. Behrouz Kamalvandi, spokesman for Iran’s atomic agency, said it would pass that limit June 27. A senior US official said the US is most concerned about any violation of the deal that would reduce the time Iran would need to produce a nuclear weapon. The deal aimed to keep that “breakout time” at one year.

The official said certain violations would not necessarily reduce that time. But other violations, such as enriching uranium to 20 percent, should be addressed immediately if they occur, said the official, who was not authorized to discuss the matter publicly and spoke on condition of anonymity. Secretary of State Mike Pompeo is expected to meet this week with the European Union’s foreign policy chief, Federica Mogherini, a leading deal proponent. Pompeo, a leading critic of the deal while he was in Congress, has said Iranian compliance is not really an issue because the administration sees the agreement as fundamentally flawed. The Chinese government’s top diplomat warned on Tuesday that the world should not open a “Pandora’s Box” in the Middle East, as he denounced US pressure on Iran and called on it not to drop out of a landmark nuclear deal. Fears of a confrontation between Iran and the United States have mounted since last Thursday when two oil tankers were attacked in the Gulf of Oman.

The United States blamed Iran for the attacks, more than a year after Trump withdrew from a 2015 Iran nuclear deal. Speaking in Beijing after meeting Syria’s foreign minister, Chinese State Councillor Wang Yi said the United States should not use “extreme pressure” to resolve issues with Iran. Wang told reporters that China was “of course, very concerned” about the situation in the Gulf and with Iran, and called on all sides to ease tension and not head towards a clash. “We call on all sides to remain rational and exercise restraint, and not take any escalatory actions that irritate regional tensions, and not open a Pandora’s box,” Wang said. “In particular, the US side should alter its extreme pressure methods,” Wang said. “Any unilateral behaviour has no basis in international law. Not only will it not resolve the problem, it will only create an even greater crisis.”