<![endif]-->
Advanced Search
US Senate Diktats Will Not Succeed With Riyadh
Category: Article 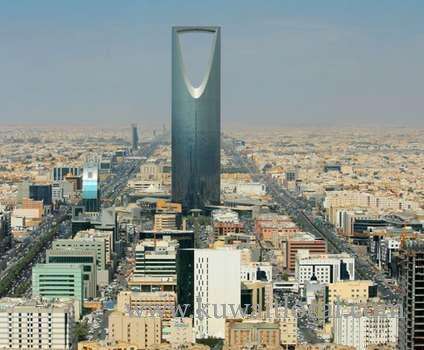 THE Kingdom of Saudi Arabia is not a banana republic. Its sovereignty is not a public entity for the United States Congress to transfer its internal dispute or its disagreement with President Donald Trump to Riyadh in order to interfere with the latter’s affairs.

This is why the message contained in the Saudi advisory council’s response regarding the US Congress’ heretical politics is crystal clear and there is no ambiguity in its interpretation, especially between allies; that is, if the American side is really striving to protect its deep and solid alliance with the Kingdom.

Away from the case of the late Saudi journalist Jamal Khashoggi which is now in Saudi courts where justice is taking its natural course, it is imperative to halt attempts to forcefully bend the Kingdom by portraying it as it if is violating international laws.

In reality, the entire episode is about the internal American game of interests. If this game compels America to put pressure on its allies to achieve the objectives of some individuals through members of the Congress, this issue will not lead to any productive outcome pertaining to the relationship of the two countries.

The Congress is supposed to realize that Saudi Arabia is not the US backyard where it moves as it pleases. The relationship between these two countries are based on agreements, which means the empty threats in the US statement regarding Saudi Arabia have no place in the language that both countries use when addressing one another.

The Congress should have reconsidered this position which manifests impudence and lack of understanding the concept of international alliances.
If anyone thinks that halting the weapons sale to Saudi Arabia will cripple its policies, they should know the weapons markets in the world are open for all and Riyadh is diversifying on this issue.

On the issue of Yemen, the Congress completely got it wrong as it used double standards. How can the US fight against Iran’s interference in the internal affairs of other countries when Washington considers Tehran a terrorism sponsor, yet the Congress wants the Kingdom to refrain from confronting this danger which is attempting to crawl into its borders; especially since the US administration and all its institutions know very well that the hand moving the war tools in Yemen is Iran?

Undoubtedly, the American Congress read the Saudi response very well. Perhaps, it realized that the relationship between two countries is equal, and that diktats will not succeed with Riyadh which has many successful cards in its hand. This hand has the ability to use such cards to change the American political balance.

Therefore, depending on claims about a certain case exposes the flimsiness of the US knowledge on regional affairs, particularly a country with the size of Saudi Arabia.