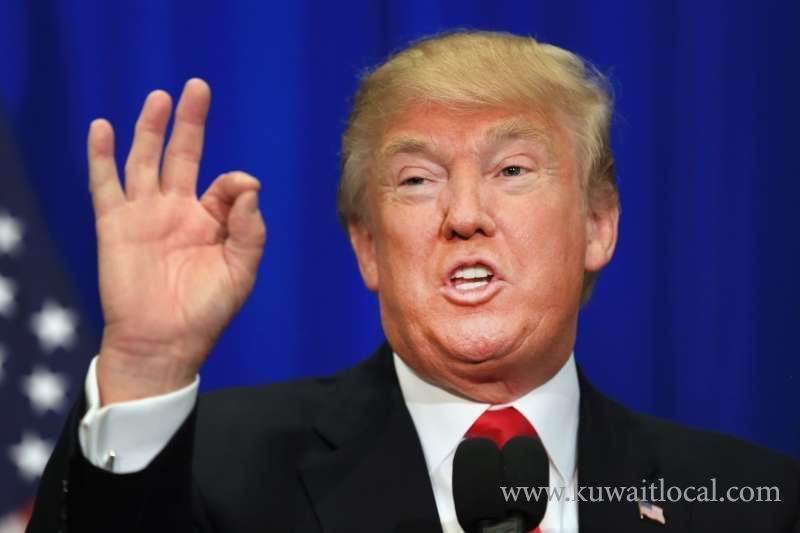 US President Donald Trump’s administration is weighing a deployment of up to 1,000 American soldiers to Kuwait to serve as a reserve force in the fight against Islamic State as US-backed fighters accelerate the offensive in Syria and Iraq, US officials told Reuters. Proponents of the option, which has not been previously reported, said it would provide US commanders on the ground greater flexibility to quickly respond to unforeseen opportunities and challenges on the battlefield.

It would also represent a step away from standard practices under President Barack Obama’s administration by leaving the ultimate decision on whether to deploy some of those Kuwait-based reserve forces in Syria or Iraq to local commanders. “This is about providing options,” said one US official, who spoke on condition of anonymity.

The officials said the deployment would differ from the existing US troop presence in Kuwait. It was unclear whether the proposal had the support of US Defense Secretary Jim Mattis, who could opt to use other tools to give commanders more agility. Pentagon spokesman Captain Jeff Davis declined to comment on options being weighed by the Trump administration.

Obama’s administration was often accused of micromanaging even the smallest tactical details about the fight against Islamic State, weighing in on the use of helicopters or movement of small numbers of US forces It also set limits on US deployments that would be adjusted incrementally, a strategy meant to avoid mission creep by the military and prevent military moves that might seem good on the battlefield but which could have inadvertent diplomatic or political consequences. Such limits are now under scrutiny.

The decision on whether to create a more rapidly deployable Kuwait-based force is part of the ongoing review of the United States’ strategy to defeat Islamic State in Iraq and Syria, where around 6,000 US troops are deployed, largely in advisory roles, the officials said. Trump has made defeating Islamic State one of the key goals of his presidency.

Review
US officials have acknowledged the review may lead to an increase in American troops in Syria, where US-backed Arab and Kurdish forces are isolating the city of Raqqa — Islamic State’s de facto capital — ahead of an assault. But they have so far played down expectations of a major escalation or dramatic shift in a strategy that has focused on training and advising local ground forces, pointing to successes so far in Syria and the steady advance of Iraqi forces in the campaign to retake the city of Mosul. Trump’s push against Islamic State in Syria could soon present him with an unenviable decision on whether to risk alienating NATO ally Turkey by relying on the US-backed Syrian Democratic Forces, or SDF, which, in addition to Arabs, includes Kurdish YPG fighters. Ankara views the YPG as the Syrian extension of the Kurdish PKK militant group, which has fought an insurgency in Turkey’s southeast since 1984 and is considered a terrorist group by both the United States and the European Union.

Trained
A senior Turkish official said on Tuesday that the United States had decided to go with the YPG, instead of agreeing to Ankara’s call for it to instead back Syrian rebels that Turkey has trained and led against Islamic State for the past year.

The comments came on the same day that the top US military officer, Marine General Joseph Dunford, met his Turkish counterpart in the southern Turkish province of Antalya. A US defense official, speaking on condition of anonymity, said Dunford did not inform his Turkish counterpart of any decision about the Raqqa offensive, in remarks that appeared at odds with the Turkish account. In a sign of advancing US preparations for Raqqa, an American official said on Wednesday that a small group of Marines have entered Syria.

The Washington Post said the Marines were from an amphibious task force and were establishing an artillery outpost to support the Raqqa offensive. Pentagon spokesman Marine Major Adrian Rankine-Galloway said he could not comment on future or ongoing US deployments. Meanwhile, the Dutch foreign minister paid tribute Thursday to activists who risk their lives in Syria to gather evidence of atrocities, saying it should be used to prosecute those responsible for war crimes and crimes against humanity. Minister of Foreign Affairs Bert Koenders was speaking at a meeting of experts who are discussing progress in setting up an independent database to store and analyze evidence of war crimes in Syria’s civil war.

Delivering justice for crimes in Syria remains elusive. A United Nations Security Council resolution to refer Syrian atrocities to the International Criminal Court was vetoed in 2014 by Russia and China. Koenders said the database, established late last year by the UN General Assembly, will send a message that while diplomatic efforts to halt the war are faltering, efforts to ensure accountability for atrocities continue. “If we can make this mechanism work, it will allow for swift prosecutions once the time is right,” Koenders said. “That means collecting and preserving the available evidence in one place. It means analyzing information and compiling files that can one day be used to find suspects and bring them to trial.” Koenders highlighted the bravery of people who have spirited evidence out of Syria: a military police officer who hid fl ash drives in his socks containing thousands of photos of people killed in custody, a civil servant who fl ed with evidence taped to his body, and activists who hid evidence in banana crates to get it out of the country.