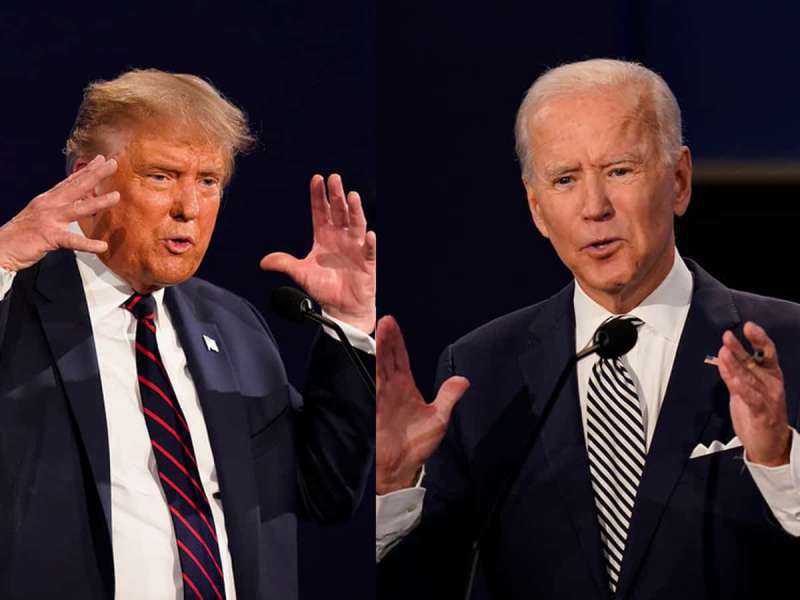 A day after election day in the US, the ballot counting is turning the tables in republican dominant states. With 6 more key states to be called yet, the race is clearly led by Democratic nominee Joe Biden and he is closing in on the needed 270 electoral votes.

As per the AP, Donald Trump is at 213electoral votes and Biden at 264, while the swing states of Georgia, Nevada, North Carolina, Pennsylvania, Arizona, and Florida are yet to be called. Donald Trump is leading in Georgia, North Carolina, Pennsylvania, and Florida, Biden is leading in Nevada and Arizona. The key battleground state Pennsylvania is not giving the final tally today but the thousands of ballots are expected to change it to blue.

The states of Arizona and Nevada turn crucial for Biden and he wins the elections if he wins in these two states. Arizona has more than 600,000 ballots to be counted while Biden already is leading Trump by more than 93000 votes.

So far, in the House of Representatives with 218 for control of the house, Democrats won 199 seats and Republicans won 184 seats. On the other side, the Senate has 46 Democrats and 47 Republicans. The Democrats need a net gain of 3 seats to win control of the senate if Joe Biden wins the Presidency and four seats if Trump wins re-election.