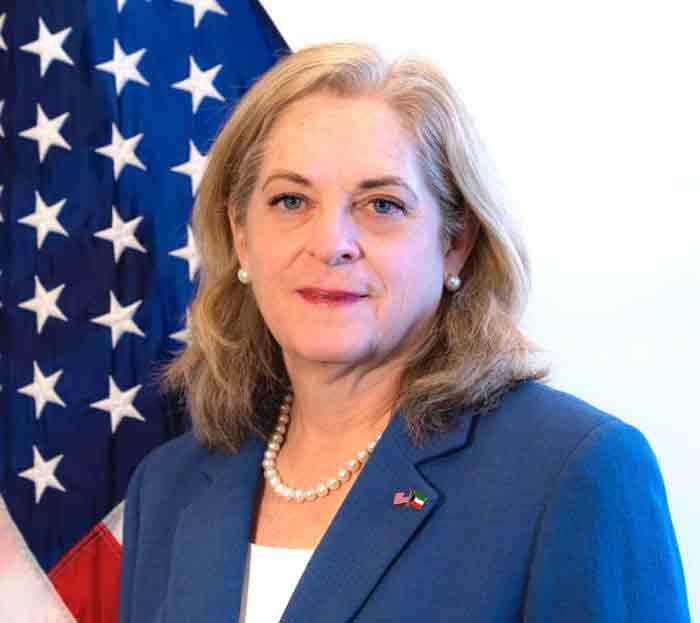 The US Ambassador to the State of Kuwait Alina L. Romanowski has lauded Kuwait for the cooperation for evacuating American citizens and at-risk locals from Afghanistan and has deeply appreciated its support at this level. In a press statement released on Monday, the US ambassador stated, “Over the past several days, the United States has mobilized an unprecedented, global effort to evacuate U.S. citizens, personnel from partner nations, and at-risk individuals from Kabul.

The State Department is working around the clock with our allies and partners in every region of the world to mobilize resources to save and protect both Americans and our partners facing danger in Afghanistan. We deeply appreciate the support our allies have offered and are proud to partner with them in our shared support of the Afghan people. Kuwait, one of our closest friends in the Middle East, quickly rose to the occasion and lent a helping hand.

The Kuwaiti Government generously chartered planes from Kuwait Airways to help facilitate this essential evacuation operation. Thank you to His Highness the Amir Sheikh Nawaf Al-Ahmad Al-Jaber Al-Sabah for his commitment to this humanitarian effort and our joint partnership, and his approval of the safe transit of 5,000 Afghans through Kuwait to onward destinations. Since August 16, more than 850 Americans and Embassy Kabul personnel transited safely from Afghanistan to the United States via Kuwait on five separate flights.

Kuwaiti government-chartered flights also transferred more than 400 Nepali Local Guards from the U.S. Embassy in Kabul to Nepal. This isnآ‘t the first time Kuwait has stood by the United States. In 2005, for example, Kuwait pledged $500 million in aid to U.S. relief efforts after Hurricane Katrina, the single largest donation of its kind at the time.

Today, Kuwait is a major non-NATO ally and a vital strategic partner to the United States not only on a bilateral basis, but also on working together for stability in the region, for progress, for peace, and bringing countries together. Since 2003, Kuwait has supported U.S. and coalition operations in Iraq and continues to play an integral role in the fight against ISIS.

Moreover, Kuwait is a gracious host to American troops, which allows us to continue our mission of helping to defend our regional partners. The United States deeply values its friendship with Kuwait, and we look forward to marking 60 years of diplomatic ties this September. As Secretary Blinken said last week following his phone call with Foreign Minister Sheikh Ahmed Nasser Al-Mohammed Al-Sabah: “We deeply appreciate the Kuwaiti governmentآ‘s support, a prime example of our enduring partnership.”