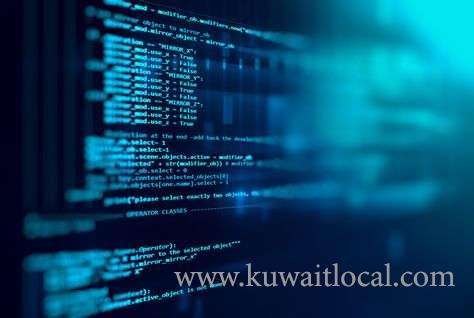 UK and Gulf scientists will be working together on eight cutting edge research projects, thanks to $3.4 million in UK government funding allocated to research projects in areas ranging from nanotechnology to cyber security.

The funding will strengthen scientific ties between the UK and the Gulf region in order to find solutions to shared global challenges, a statement said.

The project is led by the Department for Business, Energy and Industrial Strategy in partnership with the British Council, who together launched an open call for joint research applications in six GCC countries in July 2016.

The statement said 172 applications were received from institutions and research bodies in the region. The themes of the call closely tie into Gulf countries’ priorities such as food and nutrition, water, energy, food-water-energy nexus and cyber security.

Each recipient will be granted up to $500,000 for the 2 year projects, it added. Philip Parham, Her Majesty’s Ambassador to the UAE, said: “This forms part of the British Government’s broader strategic commitment to strengthening partnerships with research bodies and higher education institutions in the Gulf. Britain leads the world in many areas of science and scientific research. We look forward to establishing more partnerships between the UK and Gulf institutions.”

Nano-technology in Saudi Arabia: Bringing together researchers from University of Kent and King Abdullah University of Science and Technology the project aims to better understand new nano-particle technology based on rare earth elements.

Cyber security in Saudi Arabia: The collaboration between King Saud University and Loughborough University in the UK is looking to develop better cyber-security. Using game theory to predict what actions and outcomes will characterise a cyber-attack, this project also seeks to create better dynamic detection methods for attacks on these critical systems.

Renewable energy in Qatar: Bringing together researchers from University of Newcastle and Qatar University, the project seeks to better understand the combustion processes for biogases which offer a potential fuel for electricity generation and automotive industry.

Desalination in the UAE: The partnership between University of Manchester and Masdar Institute of Science and Technology aims to use world-class graphene technology to improve membrane-based water desalination techniques.

Environment in the UAE: This collaboration between Bristol University and Khalifa University of Science, Technology and Research seeks to improve detection, prediction and prevention of Harmful Algal Blooms which are increasing in occurrence in waters of the Gulf and can have a significant impact on human health, tourism, desalination and aquatic industries.

Food security in Oman: This partnership between University of Sheffield and Sohar University concerns the development and demonstration of an innovative method for the expansion of agriculture that significantly reduces fresh water consumption.

Sustainable waste treatment in Kuwait: The proposed project will bring together a team of experts from Cranfield University, Aston University and the Public Authority for Applied Education and Training (PAAET) in Kuwait on improving thermal treatment of waste. The process involves using solar energy to convert waste to useful bio-oils in a less resource intensive method.