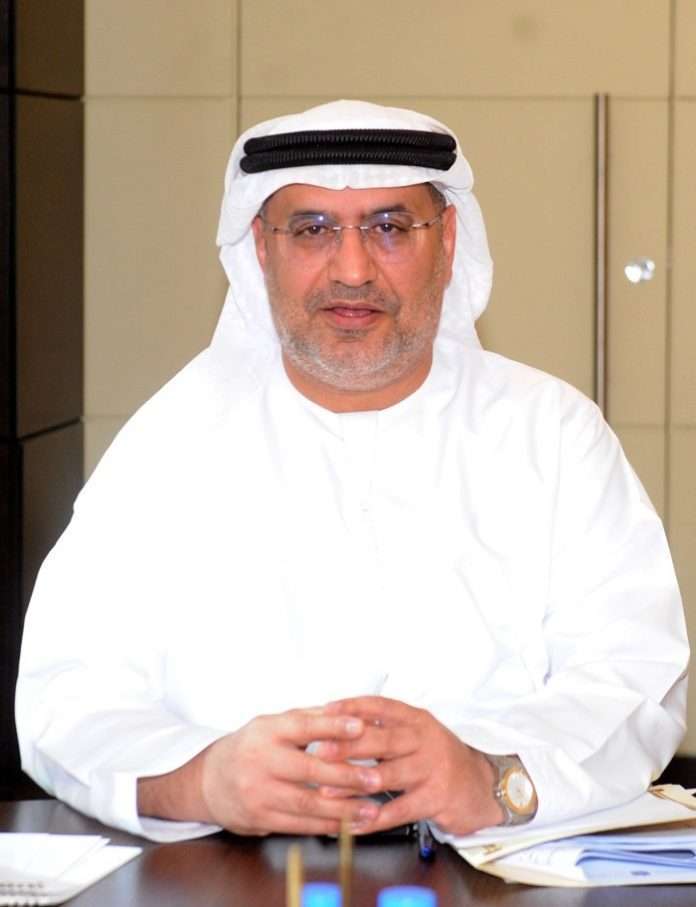 UAE Ambassador to Kuwait, H.E. Dr. Matar Hamid Al Neyadi lauding the deep-rooted relations at various levels between the UAE and Kuwait, said that these bonds were based on ancient and historical ties that existed between the two countries and their peoples, and which continue to grow, with many opportunities arising to push this growth to even greater horizons in the years ahead.

Ambassador Al Neyadi was speaking at a media gathering on the occasion of the upcoming 50th anniversary of UAE National Day on 2 December. Saying that he is proud of the level of existing cooperation and coordination, and the level of harmony and mutual love between the two brotherly peoples, he added that these relations qualify for further integration and partnership in light of the care they receive from their respective leaderships.

He pointed out over the past 50 years the UAE has made many achievements and is looking forward towards the next 50 years, stressing the UAE is able with its vision and its various resources to give, grow and prosper.

He said the UAE slogan at the Security Council is ‘Stronger with our Union’, as the UAE will work to consolidate this understanding through its efforts, whether at the internal level or through its effective diplomacy abroad.

In the Security Council, the envoy said, “the UAE will be a constructive partner in addressing some of the critical challenges of our time, such as supporting gender equality, promoting tolerance, combating terrorism and extremism, building resilience to climate change, prioritizing humanitarian relief, maintaining peace, addressing global health crises and harnessing the potential of innovation.”

On the potential for increased trade ties between the two countries, Ambassador Al Neyadi noted that despite the outbreak of the COVID-19 pandemic, trade exchange between the two countries until last October was more than 30 billion UAE Dirhams (KD 2.5 billion).  Referring to the markets in both countries as promising for investors, the envoy called on investors in the private sector to explore and benefit from the stimulating investment environment in both countries.

The ambassador pointed out the travel and tourism sector in the UAE is looking forward to full resumption of air traffic between the two brotherly countries, “which will further contribute to increasing interconnectivity between the various segments of society.”

On the issue of COVID-19 crisis, the ambassador said that addressing the pandemic required concerted efforts, as well as support and coordination at the world level.

He noted, the UAE provided support and assistance to many countries in the world during Corona, until mid-2021, including 2,300 tons of medical supplies and other supplies to 136 countries, in addition to establishing field hospitals in a number of countries in support of their respective health systems.

Speaking about his country’s desire to pursue environmentally sustainable development, the envoy said that the UAE has invested about US$17 billion in renewable energy in the six continents in the form of commercial projects. It has also provided more than $1 billion in grants and soft loans to support the establishment of clean energy plants around the world, including in the UAE-Pacific Partnership Fund and Emirates Renewable Energy.

He pointed out his country’s keenness to contribute to the goals of sustainable development, including the fight against poverty in the world. He pointed out that the UAE has provided over 322 billion dirhams (KD 27  billion) in the form of humanitarian aid, 91 percent of which was in the form of development aid, 7 percent as humanitarian aid and 2 percent as charitable aid to 196 countries for the benefit of about one billion people — three quarters of them women and children.

Describing his country as modern, he said the UAE seeks continuous development and aspires to progress based on the values ​​of tolerance, inclusiveness, moderation, flexibility and giving. He added that the UAE has developed a unique model in the Middle East that empowers women, embraces diversity, encourages innovation and welcomes global partnership.

He went on to note that the UAE is working to be the global capital for investment and economic innovation, and an integrated incubator for entrepreneurship. In this regard, he pointed to the recent major amendments in legislation and the announcement of a package of initiatives, the most important of which are: restructuring the entry and residence system; launching the ‘Invest in the UAE’ portal; and introducing a new data law initiative to attract 100 programmers per day; launch 100 model projects in priority sectors; and conclude comprehensive economic partnership agreements with eight major global markets around the world to enhance the UAE’s position as a main gateway to global trade and investment. Each of these initiatives will have a major role in strengthening the existing investment environment in the UAE to be more capable and flexible.

On the security front, and in response to the diplomatic moves by the Iranian Deputy Foreign Minister in the region, the ambassador indicated the UAE seeks to establish better relations with Iran by building on commonalities. He stressed on the importance of Iran dealing with the countries of the region based on the principles of good neighborliness, non-interference in internal affairs and respect for territorial sovereignty and the resolution of disputes by peaceful means. He added any dialogue or diplomatic action is generally welcome.

Regarding the Gulf-Lebanese crisis, he said that the UAE joined the brothers in the Arab Gulf states in condemning the statements made by the Lebanese Minister of Information criticizing the coalition that supports the legitimacy of Yemen led by Saudi Arabia.

His Excellency the ambassador added that the UAE’s decision to withdraw its diplomats from Lebanon came as a result of the accumulation of illegal statements which were supported by some Lebanese officials against the Arab Gulf states, stressing at the same time that the UAE respects the historical bilateral relations with Lebanon and the Lebanese people, especially those residing in the United Arab Emirates, who are considered part of the Emirati social fabric and added that the UAE has stood with the brotherly Lebanese people in various circumstances.

He went on to note that as part of diversifying and transforming the country’s economy, the government of UAE has set up EDGE — a holding firm with several companies, including businesses that were once under Emirates Defence Industries Company. He added that EDGE had contributed significantly to job creation for locals, as well as repositioning the UAE as a notable global player in advanced technology and defence industry.

He revealed that EDGE had already started manufacturing Offshore Patrol Vessels for the UAE navy, and also has a manufacturing unit in Al Ain that has begun producing parts for wings of Airbus planes.

Since its formation in 2019, EDGE has developed  partnerships with world-leading industries, accelerating the rate of innovation and also attracting elite industry experts and talent from around the globe, to help on a wide spectrum of modern product development.

He concluded by noting that the UAE has consistently topped the Global Innovation Index for the Arab world, and that EDGE has significantly contributed to help the UAE to retain and expand that foremost position.