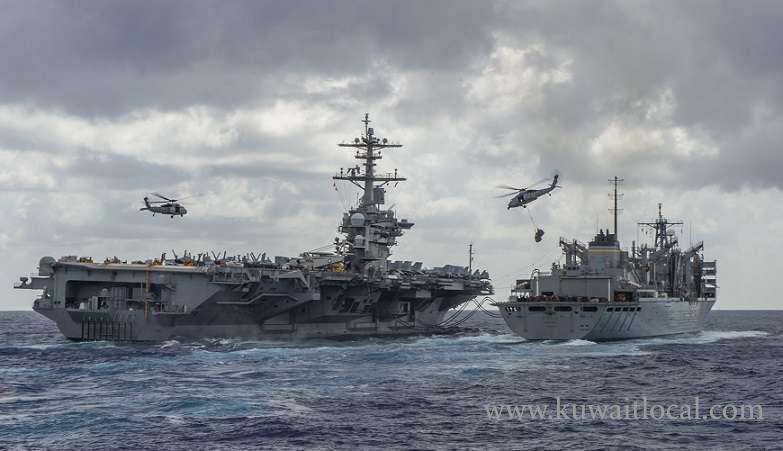 A UK maritime safety group is warning that an unspecified incident has taken place in the Gulf of Oman and is urging “extreme caution” amid heightened US-Iran tensions, said a media source Thursday.

According to Al-Arabiya news network, the United Kingdom Maritime Trade Operations, run by the British navy, put out the alert early on Thursday. It did not elaborate but said it was investigating.

A spokesman for the US Navy’s Bahrain-based fifth Fleet, said his command was “aware” of a reported incident in the area.
“We are working on getting details,” the spokesman told The Associated Press.

US navy rending assistance to Gulf of Oman tankers
The US Fifth Fleet indicated that it received distress calls from the two tankers the in Gulf of Oman, adding that navy ships were rendering assistance, said a media source Thursday

According to Al-Arabiya news network, the two tankers have been evacuated after the incident in the Gulf of Oman and the crew are safe, four shipping and trade sources said.

The sources identified the tankers as the Marshal Islands-flagged Front Altair and the Panama-flagged Kokuka Courageous.

There was no immediate confirmation from ship operators or authorities in Oman or neighboring United Arab Emirates, in whose territorial waters four tankers were hit last month.

Earlier on, the United Kingdom Maritime Trade Operations, run by the British navy, put out an alert on the incident. It did not elaborate but said it was investigating.