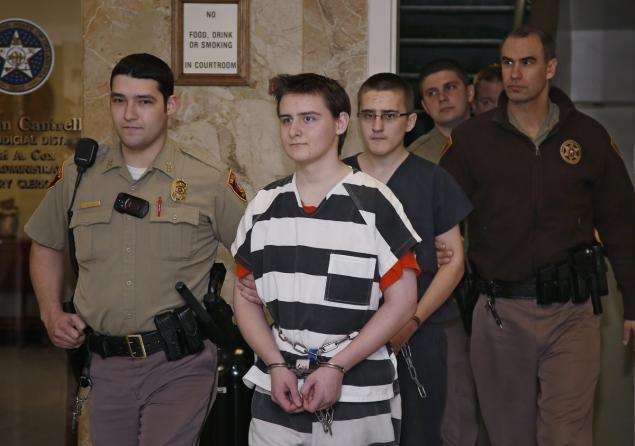 Two Oklahoma brothers killed their parents and three siblings as part of the a mass murder plot, a detective testified Tuesday.

Robert Bever, 19, was “laughing or chuckling on several occasions” as he described plans to slice up their family’s bodies to fit in storage bins in their attic before moving on in their parents’ car for more killings, said Detective Eric Bentz of the Broken Arrow Police Department.

Bever and his 17-year-old brother, Michael, devised a series of random murders of five people each at multiple locations to gain fame as a serial killer, Bentz said.

“He appeared to be laid back and mildly excited to tell the story,” Bentz said.

The hearing provided new details in what authorities had called schemes of “mass homicide” without elaborating. A judge ruled Tuesday there is enough evidence for the brothers to stand trial on first-degree murder charges in the July killing of their family members. Both have pleaded not guilty to five counts of murder and a count of assault and battery with intent to kill. 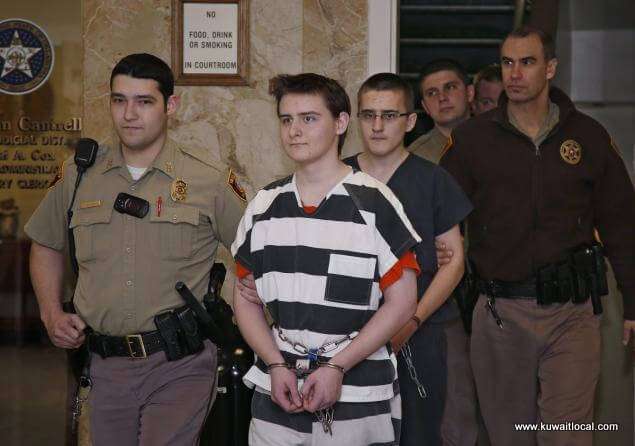 Robert Bever, second from left, and Michael Bever, third from left, are escorted into a courtroom for a hearing in Tulsa, Okla., Tuesday. The hearing revealed new details in the investigation into the July murder of their parents and their three siblings.

Prosecutors have said the brothers fatally stabbed David Bever, 52, April Bever, 44, Daniel Bever, 12, Christopher Bever, 7, and Victoria Bever, 5, and almost killed their 13-year-old sister in a middle of the night rampage at the family’s Tulsa-area home. Police captured the brothers in woods nearby on July 23.

Bentz also said Tuesday that the brothers wanted to make two videos of the scene — one with the bloodied bodies showing for the authorities and one without the bodies to be posted online. Police found several security cameras — including some facing the bodies — in the home, according to records cited by the the Tulsa world.

Detectives also discovered knives, swords, machetes, cellphones, gloves, darts, a black mask and protective Kevlar sleeves at the house, police affidavits show. Other witnesses who appeared in court Tuesday said that Robert, who was 18 at the time of the killing, figured out he could buy weapons and armor on the Internet without needing to prove he was an adult.

Their 13-year-old sister said her eldest brother told her he would behead their 2-year-old sister with an with an axe, according to testimony cited by the World. The toddler wound up unharmed in the attack and she later went into foster care.

Investigators believe Michael lured his siblings out of locked rooms by pretending he was under attack. Autopsies revealed their family members got stabbed dozens of times, with their father suffering at least 28 wounds and their mother suffering over 48. 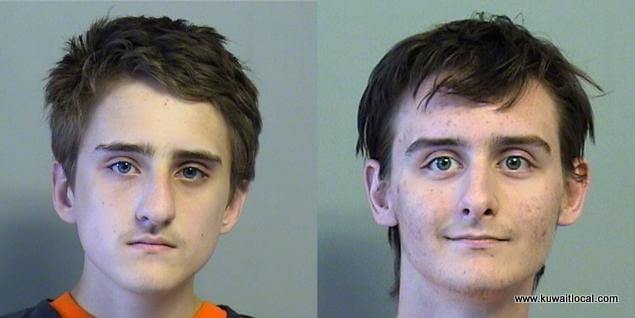 Michael, at left, and Robert, at right, face five counts of first-degree murder charges. They've been incarcerated since their arrest.

Defense attorneys said during cross examination that the 13-year-old girl reported her father had often thrown his kids and verbally abused them. The girl recalled hearing her parents say they thought they had been too rough with Robert and Michael in their childhood. 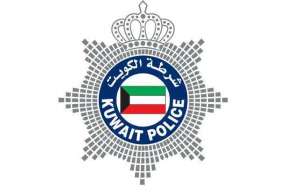