Advanced Search
Two Accused Of Participating In A Crime Of Forgering Of Kuwaiti Citizenship With Another Individual
Category: Crime News 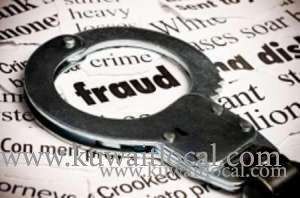 The Court of Appeals presided over by Judge Nasr Salem Al-Heed, with members Judge Sorour Bazghal and Judge Mohammad Sheta, upheld the verdict issued by the Criminal Court which acquitted two individuals who were accused of participating in a crime related to forgery of Kuwaiti citizenship with another individual.

The third suspect was also accused for forging his own official documents related to citizenship file, which enabled him to obtain a job in Ministry of Interior and receive salary worth KD 129,000. The first and second suspects were accused of helping the third suspect in selling citizenship and supplying him with fake documents. The defense counsel to the second suspect Lawyer Abdulmohsen Al- Qattan urged the court to drop the penalty of the first allegation due to expiry of the legal period. He requested the court to acquit his client from the second allegation.

The court acquitted the first and second suspects from the second allegation, which was helping the third suspect in selling Kuwaiti citizenship. The court sentenced the first suspect in absentia to five-year imprisonment for the first allegation, which is helping the third suspect and supplying him with necessary documents and money. The court sentenced the second suspect in absentia to 15-year imprisonment, fined him KD 258,000, ordered him to pay KD 192,000 to Ministry of Interior and dismissed him from his job.