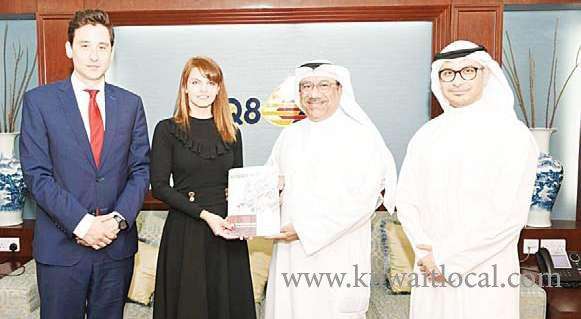 Two 300,000-bpd refineries will be added in the coming years in order to meet the 2-million-bpd refining capacity target set for 2035, CEO of Kuwait National Petroleum Company (KNPC) Mohammad Ghazi Al-Mutairi said. The remarks were made during a meeting by the Oil and Gas Year (TOGY) Kuwait team this week with Al-Mutairi and Deputy Chief Executive Office for Projects of KNPC Abdullah Fahad Al-Ajmi.

KPI’s Bourisli was pleased to announce also a number of upcoming company milestones, notably the opening ceremony in Vietnam for the Nghi Son Refinery in May and the groundbreaking ceremony in Oman for the Duqm refinery and petrochemicals project later this month. He also offered insights into KPI’s European and Asian strategies. Dr. Bourisli indicated that the company intends to buy a stake in an Indian refinery and petrochemicals project in the coming weeks.

Al-Fulaij said that despite the lull in activities in the Partitioned Neutral Zone, KGOC has been active in environmental and training activities as well as sharing know-how with its sister companies, which will be particularly useful as Kuwait expands its focus to the offshore.

These and upcoming meetings with Kuwaiti oil executives are held in the context of TOGY’s successful partnership with KPC, a key outcome of which will be the TOGY Kuwait 2018 edition detailing the Kuwaiti hydrocarbons industry’s drive towards expansion and modernization.

The company produces country specific investment guides on 35 oil and gas markets worldwide and distributes to key energy and finance executives in 101 countries. Since the past 10 years of its inception, TOGY became keen on producing industry-defining books and maps on the world’s emerging and established oil and gas markets.