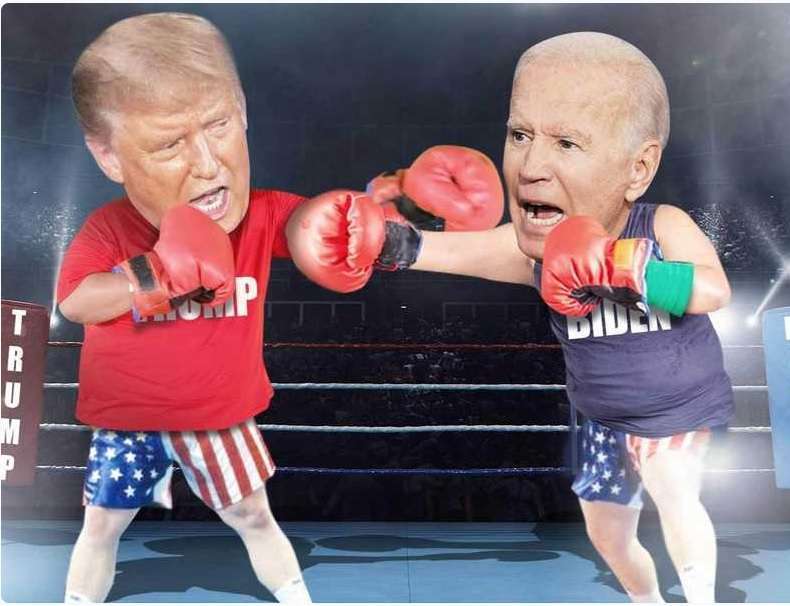 Former US President Donald Trump revealed that he wants to fight current President Joe Biden in the boxing ring, indicating that it will be an easy fight and that he will bring him down in a few seconds.

Trump answered a telephone question during a press conference to promote a professional boxing match to be held today, Saturday, in the United States to mark the 20th anniversary of the September 11, 2001 bombings.

The text of the question asked to Trump was: “If you had to box someone on Saturday night, who would it be and what would the fight be?” Trump replied: “If I had to pick someone in the world, apart from professional boxers because it would be too dangerous to play with them, I think my easiest fight would be with Joe Biden because he’s going to fall very, very quickly.”

“Biden once said he’d like to take me behind the gym,” he continued, referring to a common American expression used when wanting to hit others.

He added, “He will get in big trouble if he does that, I think Biden will fall within the first seconds of the fight.”

Trump’s comments came before a boxing bout between former heavyweight champions Evander Holyfield and Brazilian Vitor Belfort, and Trump will comment on it on Saturday.