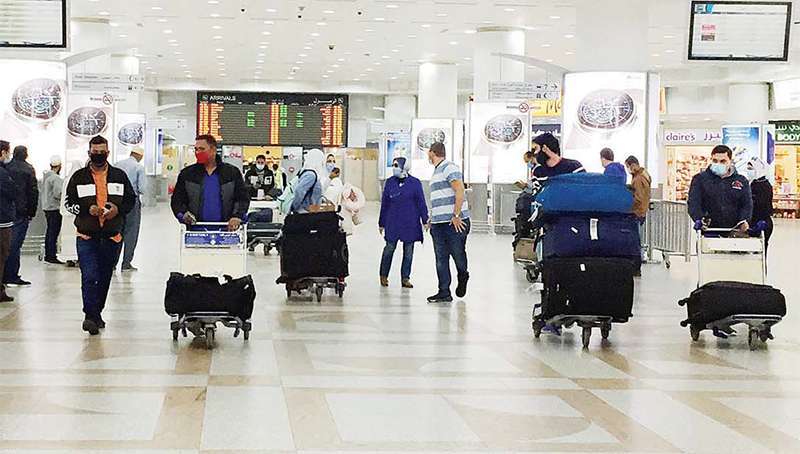 The Cabinet’s decision to resume commercial flights at Kuwait International Airport starting from January 2, 2021, as well as the launch of the “Bil-Salama” e-portal for the return of domestic workers, constituted some recovery in the travel and tourism offices in the country, reports Al-Anba daily.

A number of travel and tourism agencies explained that some offices witnessed a boom in sales, as their share of ticket sales rose by about ten percent of the total reservations on board flights to and from Kuwait. It was previously five percent prior to the activation of the platform “Bil-Salama”.

At the same time, the travel agencies outside Kuwait and in the banned countries now acquire about 90 percent of the total reservations for flights coming to the country, which makes them have control of the prices and gives them an advantage over the offices located in Kuwait. The offices in Kuwait have a limited number of seats on each flight, and they are mostly in the business class, and a few in the economy class.

Officials from the travel agencies affirmed that, despite the resumption of commercial flights at Kuwait International Airport, travel and tourism offices are still suffering from heavy losses, which have led to the closure and bankruptcy of some of them since the outbreak of the COVID-19 pandemic.

They said the authorities’ decision to prevent receiving citizens of 35 countries greatly exacerbated these losses, especially after Britain was added to the list of banned countries.