<![endif]-->
Advanced Search
Travel And Tourism – A Lifeline For The Economy
Category: Travel 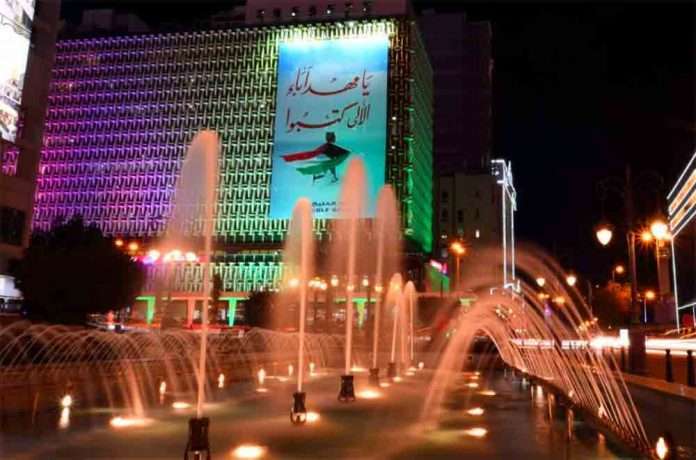 The importance of travel and tourism industry to a state’s economy and the need to develop a sustainable tourism policy that improves the country’s competitiveness and ensures equitable growth for all,  cannot be overemphasized.

Besides contributing to the holistic growth and development of a nation and its economy, travel and tourism also helps in building the country’s brand value, image and identity. International travelers visiting a country carry back images and perceptions about the land and its people that they then share with many others creating a positive image for the country and ensuring more travel and tourism opportunities.

According to the United Nations World Tourism Organization (UNWTO), in 2018 international tourist arrivals reached 1.4 billion, two years before it was predicted to do so. The year 2018 also marked the seventh year in a row where the growth in tourism exports (+4%) exceeded the growth in merchandise exports (+3%), with total export earnings from international tourism reaching a record US$1.7 trillion, or almost $5 billion per day on average. The rapid pace and enormous growth of travel and tourism indicates that predictions of international arrivals reaching 1.8 billion by 2030 may be conservative, even despite the disruptions caused by the arrival of COVID-19 in 2020. This growth presents enormous potential for the sector and economies globally.

Kuwait sadly lacks even an authority dedicated to the promotion and support of travel and tourism in the country. In Kuwait, for every step that we take forward in promoting tourism there are two-steps taken in reverse, and various vested interests keep pulling in different directions at the same time. This intractable approach to new growth and development often leaves even the most enthusiastic proponent of promoting tourism in the country wringing their hands in despair.

If a more factual and quantified point of view on this dismal state was needed, it can be found in the latest World Economic Forum’s (WEF) biennial Travel and Tourism Competitiveness Index (TTCI). This Index monitors and evaluates tourism competitiveness of countries across specific travel-related parameters, including “factors and policies that enable the sustainable development of the travel and tourism sector, which in turn, contributes to the development and competitiveness of a country”.

The report ranks selected nations on the TTCI, which scores from 1 to 7 the performance of a given country in each specific subindex. The most recent Index published in 2019 benchmarks the travel and tourism competitiveness of 140 economies globally that account for approximately 98 percent of world travel and tourism GDP. A look at the TTCI 2019 report, with the focus on ranking among the six-nation GCC bloc is quite revealing; it provides an accurate depiction on the pathetic state of travel and tourism industry in Kuwait.

As expected, the United Arab Emirates took pole position in the region with a rank of 33 in the global index. This was followed by Qatar in position 51, Oman a few spots lower at 58, Bahrain at 64, and Saudi Arabia coming in at 69. No drum-rolls please, Kuwait trailed the other five GCC countries to rank 96. Kuwait was also the only country among its GCC counterparts to fall below the global average, dropping by a dismal 11.1 percent from the mean.

An echoing refrain among many people in Kuwait, both citizens and expatriates, is that there is nothing engaging to do or appealing to visit in the country. The lack of exciting leisure and entertainment activities or interesting places to visit has been a persistent narrative in Kuwait for years.

Whatever recreational pursuits were available have since been either shuttered or down-sized — the lone public leisure venue, the Entertainment City, has been closed down for renovation since 2016; the ice-skating rink has wound up; and activities at Shaab Park and similar recreational facilities have lost appeal due to poor maintenance and being downsized. And, those that are privately managed are often priced relatively high making it expensive for most families.

Lackluster, conventional activities at various seaside swimming venues and the still functioning ‘gardens’ are one option to spend free time, but there is only so much swimming or rides, or picnicking that one can take. Of course, there are specialized sports and leisure activities such as scuba diving , jet-ski riding or other adventure sports, but these are not available to the uninitiated. For most people the standard entertainment and leisure fare is to visit the newest most swanky mall, to oogle, shop, or dine at one of the many options available there.

The litany on lack of meaningful ways to spend free time has only grown louder over the years and became even more obvious during the cooped-up pandemic period in 2020. The ongoing COVID-19 crisis kept everyone indoors or  limited their movement in public places through lockdowns and curfews from March to August. Even when the country began cautiously opening up in phases from August, health related guidelines and precautions prevented people from  gathering or engaging in outdoor activities.

The health-induced indoor confinement for much of 2020 left most people with plenty of time on their hands, and nothing to do with all that time. Faced with this situation some cynics might wryly ask, what is new about that, in Kuwait?

Promotion of inbound travel and tourism has never been a priority for most governments in the past, and there has been very little, if any, attempt to build appealing tourist attractions or to develop engaging leisure activities in the country.

The present caretaker government is no different. Moreover, it has no time at the moment to promote or develop inbound travel and tourism in the country, given its current preoccupation with staying afloat, both economically and politically. Meanwhile, some members of the opposition bloc, which comprises many political hues and flavors, are staunchly conservative in their views. They are quite happy to see the country remain closed to inbound tourism and entertainment or leisure activities, which they believe tend to lead people astray.

Some of those opposed to opening up the country, fear that this could lead to the ingress of foreign influences that are inappropriate and contradictory to the traditional values, religion and family-oriented way of life in Kuwait. Ironically, some people who firmly believe in conservative values at home, are not averse to enjoying the entertainment and leisure venues available on foreign shores.

The lack of suitable entertainment outlets in Kuwait, the purported indifference to developing new attractions by the authorities, and the rather puritanical approach taken by some in opposition, not only limits leisure opportunities for people in the country, it also keeps away tourists, dampens local and international spending on domestic tourism, detracts foreign talent from opting for a posting in Kuwait, increases the cost of hiring local alternatives, and discourages international investments.

Why would someone want to visit or invest in an unenterprising location when there are many more attractive and interesting investment and touristic destinations within a two- to three-hour flying time radius of Kuwait. This question should be an eye-opener to policy makers in Kuwait attempting to diversify the economy away from its over-reliance on hydrocarbon revenues.

Rather than contemplate taxing the remittances or throwing out foreign workers, a better option would be for the government to liberalize the social sphere and open up more affordable venues that can attract and keep expatriate spending within the country. If a case-study is needed, policy planners and legislators can always hop over to neighboring Dubai, or even to the once ultra-conservative Saudi Arabia, where in recent years there has been a dramatic change, with the kingdom opening up to inbound travel and tourism opportunities.

The pace of growth in Saudi Arabia’s travel and  tourism industry has been nothing short of phenomenal, especially when compared to the glacial momentum witnessed in Kuwait. The kingdom has set up a dedicated General Entertainment Authority (GEA) mandated by law to organize and develop the entertainment sector and support its infrastructure. The GEA, which was established in 2016 as part of the overarching Vision 2030 strategic plan, aims to diversify the kingdom’s economy through investment in non-oil sectors, including technology and tourism.

An overarching goal of GEA is to promote family entertainment venues that contribute to improving and enriching the lifestyle and social cohesion among the community. Tourism and entertainment are also seen as important economic drivers that have the potential to boost the country’s gross domestic product by diversifying the economy, encouraging private sector participation and supporting the development of small and medium enterprises, as well as attracting foreign direct investments and creating jobs for the national youth cadre.

In order to consistently attract new tourists, to establish a strong inbound tourism market and to sustain tourism growth a country needs to do several things right. The ability of a national economy to benefit from tourism depends on the availability of investment to develop the necessary infrastructure, on the state’s ability to supply the needs of tourists, which includes developing or expanding appealing entertainment venues, as well as business and leisure attractions.

People in the travel and tourism industry in Kuwait decry the lack of government support for the industry, pointing to the many shortcomings that curtail development of the sector. The list of complaints include the lack of suitable land allocations, the unavailability of sufficient appropriate spaces for the establishment of recreational places, the difficulty of the legal procedures and in obtaining necessary licenses, and the exorbitant capital costs.

The wide range of benefits and positive implications of inbound travel and tourism projects on the socio-economic development of Kuwait and its people is indisputable. It brings about economic growth and development, helps diversify the economy, enhances private sector participation in the economy, increases youth employment opportunities, empowers women, youth and other groups of society, and improves social relations and cohesiveness in society.

Contrary to the popular view, various studies, including  by the UNWTO, have shown that the majority of global Travel & Tourism expenditure is generated by domestic travel. The UNWTO study shows that in 2019, inbound travel and tourism spending accounted for 71.3 percent of total global spending, with only the remaining 28.7 percent coming from international visitors.

While countries often tend to focus on international tourism due to the revenue earned, domestic tourism can be a powerful tool to generate employment and economic growth, as well as reduce poverty and upgrade infrastructure. In fact, domestic tourism is seen as being a key to driving economic recovery and growth in a post-pandemic world. But, hey, who cares, we have more important things to do in Kuwait. Right?