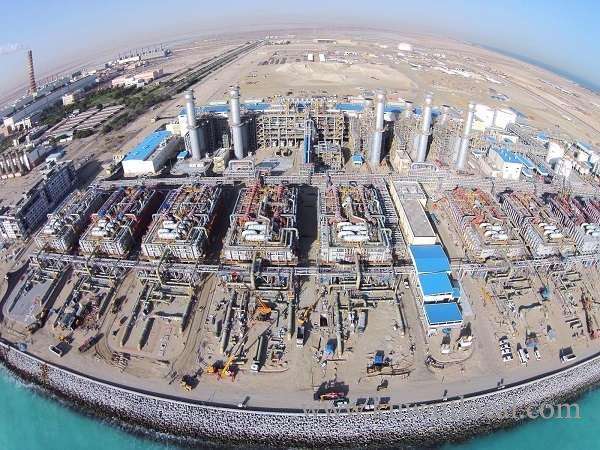 The government is committed to implementing his Highness the Amir Sheikh Sabah Al-Ahmad Al-Jaber Al-Sabah’s visionary strategy of transforming Kuwait into a leading commercial and financial hub in the region, said His Highness the Prime Minister Sheikh Jaber Mubarak Al-Hamad Al-Sabah.

The premier was speaking following the festival ‘New Kuwait’, which was organized at the Sheikh Jaber Al-Ahmad Cultural Center on 30 January, to examine the country’s development strategy till 2035 based on His Highness the Amir’s guidelines. The short-to-medium terms objectives of the ‘New Kuwait’ plan envisions positioning Kuwait as a global hub for the petrochemical industry and increasing direct foreign investment by 300 percent. It also aims to attract more than KD400 million to the information technology, services, and renewable energy sectors.

Several necessary steps were taken over the past few years with the aim of “translating His Highness the Amir’s vision to activate development, boost the economy, diversify productivity, press ahead with economic and financial reforms, implement mega projects and develop a leading role for the private sector," said the prime minister.

The premier also reiterated the role of youth in implementing ‘New Kuwait’. He urged youth to lead the process of building the aspired modern state that would achieve a honorable living and bright future for them and the next generations.

The government’s ‘New Kuwait’ development strategy pivots around five themes, or desired outcomes, and seven pillars, or areas of focus for investment and improvement. Each pillar has a number of strategic programs and projects that are designed to have the most impact on achieving the vision of a New Kuwait.

The ‘New Kuwait’ festival included several presentations, lectures and discussions. One of the presentations, made by the Minister of State for Cabinet Affairs Sheikh Mohammad Al-Abdullah Al-Mubarak Al-Sabah, briefed attendees about the foundations of the development plan. He said: "Today we launch initiatives that will transform our economy, create jobs, attract foreign direct investments and facilitate knowledge transfer in the fields of renewable energy, information technology, and the services sector.

For his part, the First Deputy Prime Minister and Minister of Foreign Affairs Sheikh Sabah Khaled Al-Hamad al-Sabah, spoke about Kuwait's international and historic status. In conclusion, a documentary was screened on projects envisaged as part of the long term strategy ending by 2035.

The presentations and statements from the ministers made clear that among other things the ‘New Kuwait’ plan aims to develop the country’s tourism sector to generate additional revenue streams and create a new jobs market and plans to further develop the country’s transportation and power sectors by building on the recent success in Public Private Partnership schemes such as the Integrated Water and Power Producer (IWPP) project Az-Zour North.
According to the statements, ‘New Kuwait’ will build on the recent momentum in urban development and housing with the introduction of new master plan developments and cities while introducing social and economic empowerment programs targeting youth, women, SMEs, and the elderly.

Built into the plan are 20 key global indicators, and additional sub-indicators, each tracking and measuring Kuwait’s progress with the plan and its performance compared to other countries, the statement added.

During the event, Kuwait’s Deputy Prime Minister and Minister of Finance Anas Al-Saleh outlined the country’s budget for Fiscal Year 2017-2018 (FY17/18). Projected expenditure in the budget amounted to approximately KD21.2 billion and estimated income stood at KD13.3 billion, with a KD7.9 billion deficit. Figures in the budget were estimated on a forecast oil price of US$45 per barrel. Based on this price for oil, the revenue from oil sales in FY17/18 amounted to some KD11.7 billion — a 36 percent rise compared to fiscal year 2016-17.

Total cost of construction ventures, including increasing passenger capacity of Kuwait International Airport and implementing advanced infrastructure of roads and other key facilities are expected to reach KD20.5 billion. This cost would be liability for the state throughout the project execution period, noted the finance minister.

He further indicated that government spending would be curtailed by halting the establishment of any new public authorities or institutions, and the jurisdictions of these institutions would instead be included in existing authorities, as well as merging departments that had identical tasks, objectives and functions.

The ‘New Kuwait’ strategy clearly outlines the path to follow in order to guide, power and drive Kuwait’s economy into the future; what is now required is willingness on the part of  both the executive and the legislative, together with the public, to implement the plan successfully.