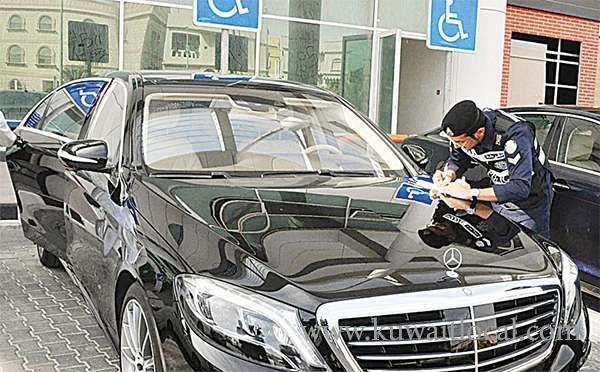 Since the activation of Article 207 of the traffic law, about a fortnight ago, discipline among the drivers has reached at an unprecedented level, reports Annahar daily. The daily quoting sources said firm application of the law has instilled some discipline among the motorists.

Meanwhile, legal sources in the Ministry of Interior have said the ministry has not ruled out the possibility of referring the issue of impounding vehicles to the concerned constitutional authorities, reports Al-Rai daily.

The Ministry of Interior has activated the traffic law according to which motorists caught speaking on the phone while driving and also not wearing seat belts and parking in ‘No Parking’ areas are subjected to punishment in the form of monetary fines and confiscation of the vehicle.

The sources said all the options are on the table which are being studied and discussed because the ultimate objective of the decision is to save the lives of people and the ministry will not hesitate to take any legal action or issue laws to fortify any decision or replace it with the aim of protecting people. The sources said the ministry has shown a great deal of openness to views of the MPs and citizens, who are for or against the resolution.

However, in the end at the heart of the issue is the public interest. The sources added if the concerned parties confirm the illegality or non-constitutionality of the law, the ministry will respect the legal and constitutional opinion without any doubt, but will not hesitate to proceed to issue through resolution or legislation to stop the flagrant violations on the roads, and will not allow disregard for human lives.