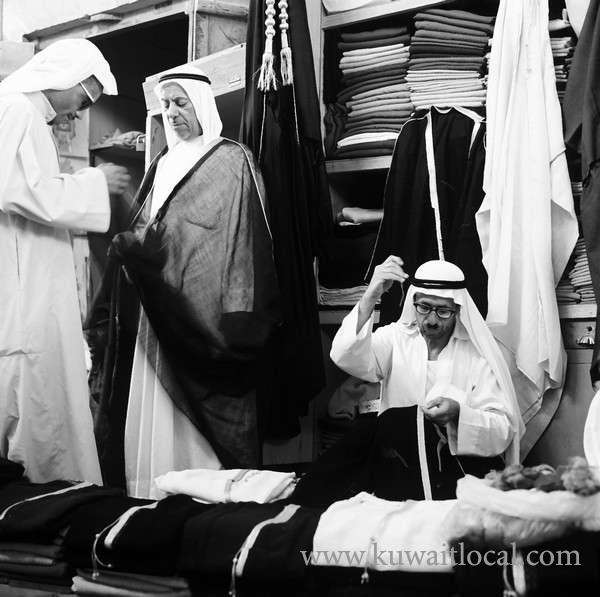 In many cases, clothing has been considered a representation of cultural identity of people from different countries around the globe and this is very true when it comes to traditional garments worn by Kuwaiti men. Though the design is similar to other garments worn by men all over the Gulf region, Kuwaiti traditional men's clothing have distinct features that separate them from the rest.

Speaking to KUNA on the issue, cultural researcher Ghanima Al-Fahad said that traditions, social norms, as well as the climate played a crucial role in shaping men's clothing styles in Kuwait, which range from either very expensive to quite affordable.

For example, ‘Al-Shllah’, a loose type of garment made of light material, was worn by men on social occasions during summertime, said Al-Fahad, revealing that this type of clothing developed to the point that women, now, were wearing them, after applying some feminine touches of course.

She added that ‘Al-Zaboun’, a coat imported from India, was another type of clothing that men wore over their ‘Disdashas’, the traditional name given to a dress-like type of clothing.

However, the type of clothing that showed the high status of a man among his peers was the ‘Bisht’, a traditional cloak, worn by men who are well off, but now is very common during social occasions like weddings and official receptions, said the researcher.

Back to the Disdasha, Al-Fahad affirmed that this was the mainstay of men's clothing, but said that the design continues to evolve, or in some cases, the past becomes trendy again, with fashion statements from the yesteryears, such as the cool 1960s cuff shirt worn under the Dishdasha, making a comeback in our modern times.