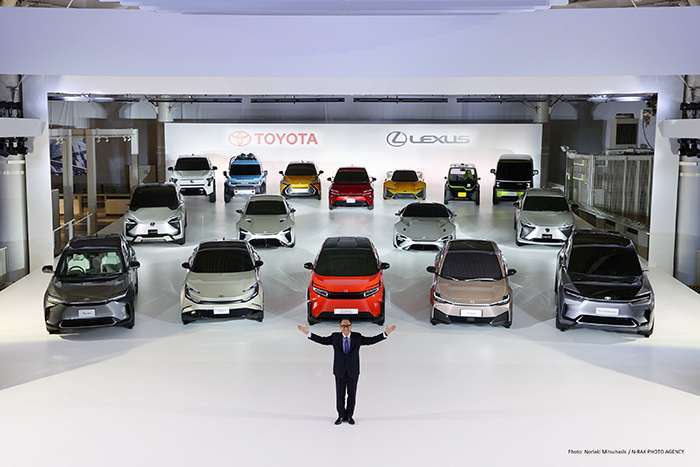 Reinforcing its commitment to accelerating the drive to achieve carbon neutrality and create sustainable mobility for all, Toyota recently announced its strategy for Battery Electric Vehicles (BEVs) at an event held at Toyota’s MEGA WEB showroom in Tokyo, Japan.

After unveiling 16 new BEV models that are part of the new line-up, President of Toyota Motor Corporation Akio Toyoda announced that the company targets to achieve annual global sales of 3.5 million BEVs by 2030. Toyoda also revealed that Lexus will develop a full line-up of BEVs in all categories and achieve 1 million sales by 2030. Lexus also aims to sell 100 percent BEVs in Europe, North America and China by 2030 and globally by 2035.

In addition, Toyota has announced that it will increase new battery-related investment from 1.5 trillion yen announced in September 2021 to 2 trillion yen, aiming to realize even more advanced, good-quality, affordable batteries.

“Energy plays a critical role in achieving carbon neutrality. At present, the energy situation varies greatly from region to region. That is exactly why Toyota is committed to providing a diversified range of carbon-neutral options to meet whatever might be the needs and situations in every country and region,” said Toyoda.