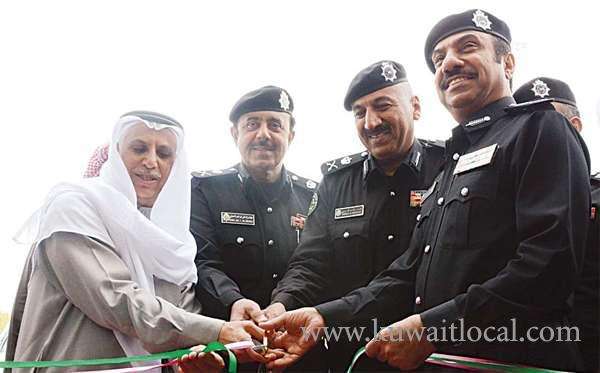 During his speech, Brigadier Adeeb Mohammad Swaidan, Director General of governmental service centres pointed out that in movies, you sometimes see a man enter a dealership, pays money, and then leave with a car. “We used to believe that this only happens in movies,” as there are numerous procedures that must be carried out before driving off with your new car, but due to demanding efforts exerted by the Traffic Department, other concerned department such as the information technology systems and the private sector, we are proud to announce that this is now possible.

Because of this new licence plate distribution centre, you can now drive off with your new car, fifteen to thirty minutes after payment, considering the vehicle has been deemed road ready. With the addition of this new service, every legal processing can now be achieved in the car dealership. He further explained that this unique service did not come easy. It is a result of hard work from numerous bodies that will continue its collaborative efforts in order to provide new services that would further ease matters for the public.

From his side, Executive Director of the Al-Sayer Group Mubarak Nasser Al-Sayer thanked the Ministry of Interior for its continuous support and cooperation when it comes to providing services that facilitates the needs of the public. Mubarak went on to mention that although Al-Sayer were not the first to implement such a service, the Al-Sayer Group are committed to providing the best possible services to its customers, which was evident when it managed to be the first car dealership to provide the service of issuing car registrations on April of 2002.

This service has placed the State of Kuwait on top when it comes to traffic services in the GCC region, and the integration of networking systems, that made this service possible is received with admiration by Toyota representatives from Japan, for such services do not exist there.