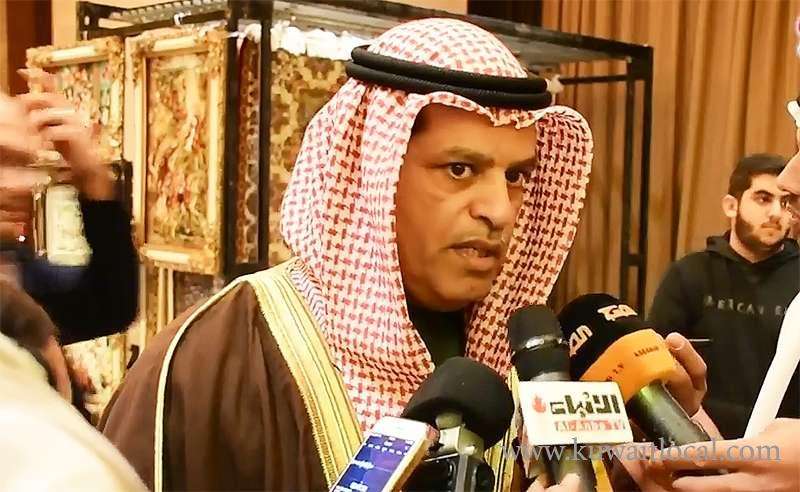 Assistant Foreign Minister for Asian Affairs, Ambassador Ali Al-Saeed in response to a question about his recent meeting with the Filipino counterpart, he said “A memorandum of understanding was signed between the two countries in a positive atmosphere, expecting that there will be a total lifting of the ban on Filipino workers very soon, according to the promise of the Philippine Labor Minister after reviewing the transparent and legal measures in the case of the murder of a Filipino maid Jeanelyn Villavende and other issues, which removed a lot of rumors circulating among Filipino community in Kuwait reports Al Anba.
Al-Saeed’s statement came during his participation in the Iranian embassy’s celebration of the 41st anniversary of Islamic Revolution in Iran.

Corona Virus
In response to a question about the Chinese ambassador’s statement about his understanding of Kuwait’s concern about the Corona virus and that it is taking more measures than recommended by “World Health”, he made it clear that he met the Chinese ambassador 3 times during the past three days in this regard and that the subject of “Corona” is not political Rather, it is a global crisis that the entire world is living in. We have expressed our confidence in the tremendous measures taken by the Chinese government to prevent the spread of this virus, but the whole world is in a state of panic from it.

In regards to alternative plan on hire of maids apart from the Philippines he said that Kuwait will not stand idle and be hostage to decisions taken here or there, we are moving in a clear step and we have agreements signed with several countries and we have contacts with other countries to provide employment, whether skilled or household, Noting that there are continuous follow-up to all the agreements concluded with China during the visit of His Highness, pointing out that he headed a delegation to visit China in late November and serious discussions were held with the Chinese side and we expect a delegation from China to visit us this year to complete the talks.

He further stated that the measures that were taken in Kuwait due to Kuwait being a small and crowded country to safeguard from such epidemics, and therefore, in order to ensure the safety of health of Kuwaitis and expats we have taken such measures and the Chinese government has understood our procedures as conditions that require exceptional measures, and we stressed that no one coming from China to Kuwait after spending 14 days outside China before being allowed to enter the country.