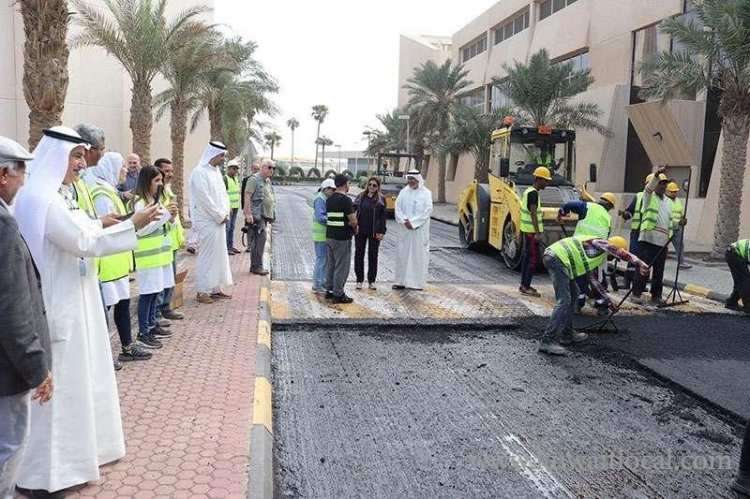 The endeavor, which deals with the use of hot paving grade asphalt cement to improve road durability, is part of new plans KISR is exploring, according to Suad Al-Bahar, who oversees the research body's construction projects.

She highlighted the project as a marquee environmental initiative in Kuwait, saying it will be instrumental in averting various forms of infrastructure damage, which in turn, has an adverse effect on road safety.

The project illustrates how the partnership between Kuwait's government and private sectors can yield fruitful results, she added, saying such initiatives help push the country's 2035 plan closer to fruition.

This breakthrough project entered its second phase on Saturday, where the new technology known as the 'Superpave' mix design method was applied on a makeshift road stretching 3,550 meters, Dr. Salah Zarab, a scientific advisor, revealed.

Prior to use, the road pavement materials were found to meet quality standards through rigorous laboratory testing, added the advisor, who expected the method to be highly effective.

Looking ahead, he said KISR teams will use an apparatus called "Falling Weight Deflectometer," which is a testing device relied on by civil engineers to evaluate the physical properties of pavement.