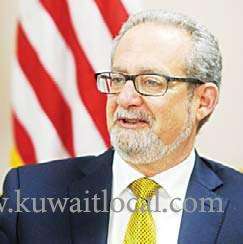 We have won much of the military effort against DAESH, the liberation of virtually all of Iraq and Syria, but we need to win the post-military struggle for an enduring defeat of DAESH and al-Qaeda in the region,” US Ambassador Lawrence Silverman remarked at a press roundtable discussing the upcoming Kuwait International Conference for the Reconstruction of Iraq and the Ministerial Meeting of the Global Coalition to defeat ISIS, set to take place in Kuwait on Feb 12-14.

He announced that US Secretary of State, Rex Tillerson, will attend both events. The Conference for the Reconstruction of Iraq will seek out pledges and encourage private investment in Iraq to help people resume their normal lives with the resumption of services and economic activities after the devastation inflicted by ISIS; investing in stability is regarded as the means to ensure lasting defeat.

Ambassador Silverman praised the initiatives undertaken by HH the Amir, Sheikh Sabah Al-Ahmad Al-Jaber Al-Sabah, to not only ensure the security of Kuwait but bring greater stability and security to the region. He shared that Kuwait has played an ‘out-sized’ role in undertaking similar conferences such as the Donor conferences for Syria and its humanitarian contributions.

He shared that Kuwait’s initiative fits very well with its assumption of a seat as a non-permanent in the UN Security Council. With parliamentary elections coming up in May, the reconstruction will play a big role in determining political stability in Iraq. Ambassador Silverman shared that a good result from the conference will enable the people of Iraq to see that the world is with them and that there is a real and viable path to reconstruction in areas destroyed or terrorised by the DAESH.

“The Iraqi people look to the upcoming conference as an opportunity for them, the Iraqi government has worked closely with the World Bank in preparing for this conference and Kuwait has been helpful by hosting the event and helping structure this event in such a way that the Iraqi government will be able to present itself, its projects, ideas and what it promises to do, to reconstruct with the help of the international community.” Ambassador Silverman underscored the role of the private sector investors to meet the high reconstruction needs of Iraq and shared that there is a strong interest from American companies with over 100 participating in the conference.

“It is the job of the Iraqi government to create the opportunities and facilitate those investments. They have here a great opportunity and a great responsibility here in Kuwait to present the very large number of investors, US and others, with very concrete projects and detailed means of how the government will make it both easy and secure for them to make these investments.”

He shared that the US had provided Iraq $1.7 billion in humanitarian assistance, $115 million in stabilisation assistance, $100 million to clear mines and explosives, as well as $1 billion in sovereign loan guarantees and plans to give $150 million for stability through the UN this year. He also pointed out that the US is the biggest figure in the IMF and the programme will provide over 5 billion in budget support for Iraq.

Addressing concerns regarding the endemic corruption in Iraq, Ambassador Silverman shared that the issue was a major part of interaction and engagement with the Iraqi government. “We all want to see the elimination of corruption, we work very closely with institutions dispensing and dispersing funds so that they maintain very transparent processes that we can monitor and hopefully prevent corruption.”

He believes that the Iraqi government understands the need to strive to eliminate corruption and make sure that these investments need to be handled in the right way with the benefits going to the people.

Commenting on concerns of delay and non-delivery of pledges, he shared that the US and Kuwait had a good record on delivering their pledges, and other countries were encouraged to do the same as the funds would help create the stability needed for those displaced to return to their homes.

Discussing the Ministerial Meeting of the Global Coalition to defeat ISIS, Ambassador Silverman shared that the conversation had changed from fighting DAESH on the battlefield with the conference focussing on preventing back and forth travel and money flows of fighters.

The many aspects of fighting DAESH includes bringing an end to financing, the emergence of new safe havens, recruitments, energy production and sale, as well as undermining propaganda and enlisting the help of law enforcement to track foreign fighters. He shared that there has been unprecedented information sharing between coalition members and a comprehensive effort as the fight is bigger than the one on the battlefield.

He stated that the coalition has to remain united and dedicated to enduring victory in Syria where the situation is more complicated on account of the political regime. “I believe we are at an inflection point, a key point to stabilise the gains, ensure that DAESH and al -Qaeda are defeated, and restore normal life.” He also shared the hope for a political transition of unified Syria under post-Assad leadership.

The ministerial meeting is a piece of a much larger effort and will provide the over-arching strategy to be followed by more focussed meetings such as the Ministerial on Defence on Feb 14 in Rome, a working group on foreign terrorist fighters to be held on Feb 21 in the Hague, and so on. The Ambassador stressed that a solution to the GCC dispute was very important, “We need a united GCC to meet the challenges and threats that the region faces.

That includes the maligned activities of Iran in the region.” He praised the efforts of HH the Amir and the Kuwaiti government to try and solve this conflict. He shared that the US has a relationship with each member country as well as the GCC as a whole, “We continue our own efforts to try and encourage a settlement of this dispute without delay.” Speaking on the Israel-Palestinian situation, he commented that recent steps taken by the US government, i.e. announcing a decision to move its Embassy from Tel Aviv to Jerusalem, do not pre-judge the final decisions and stressed that the two parties would ultimately be the ones to determine the settlement 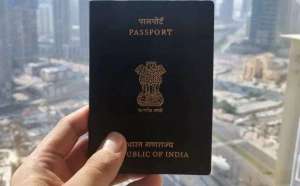