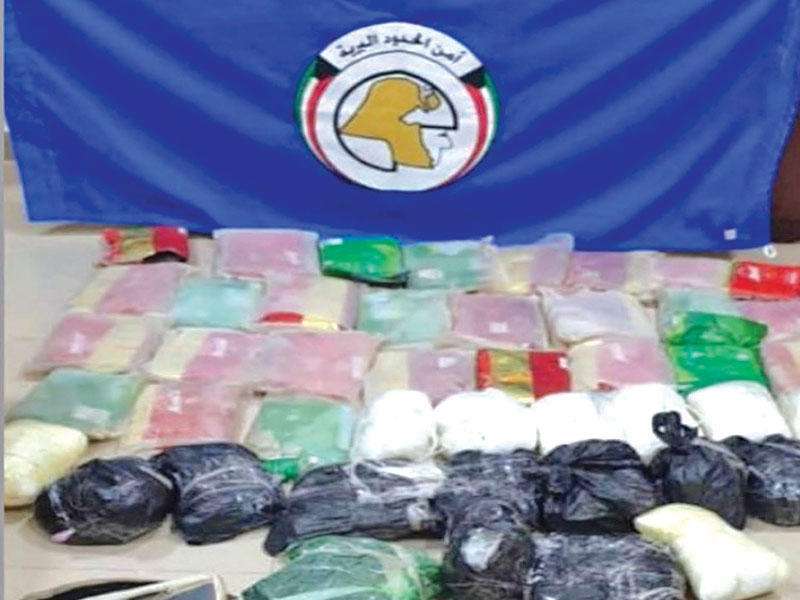 The men of the General Administration of Land Border Security – Northern Border Administration thwarted an attempt to smuggle a large quantity of narcotic substances, which 3 unknown persons tried to smuggle, by throwing them from the top of the border security fence in the north of the country, and the three smugglers managed to escape towards the Iraqi border.
In the details that an informed security source told that thermal monitoring cameras in the northern borders detected, yesterday the day before, 3 people infiltrating from Iraqi lands towards the border security fence inside Kuwaiti territory, indicating that immediately after the monitoring process, the General Directorate of Security patrols were directed The borders to deal with the intruders, who threw bags they were carrying with them across the border fence, and fled into Iraqi territory when border security patrols began chasing them.

The source added that border security men combed the area, looking for other infiltrators, and they did not find any of them, but they found the bags that the smugglers threw through the border fence, and they contained 27 bags inside of the narcotic substance of hashish, in addition to 18 other bags containing a substance Narcotic alum.

The source explained that the Land Border Security Command informed its counterpart in Iraq of the infiltration and smuggling operation, and provided them with the descriptions of the smugglers and the place of their escape inside the Iraqi territories, so that the Iraqi security authorities could pursue and arrest them.