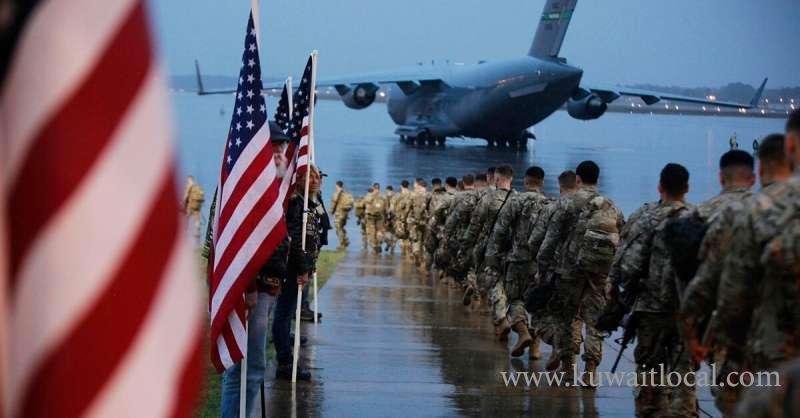 The US Army’s 1st brigade combat division, stationed in Kuwait, sent a warning to family members of its paratroopers, calling on them to verify “secure and double check the status of their social media settings”, and to report any strange messages they may receive via these accounts, after it was brought to notice from some members of those families, said that they had received threatening letters through their accounts reports AlRai.

The American news site “Fox News” reported saying: “Leave the Middle East…Return to your country. ” Sources said one of the US Military website (www.militarytimes.com) that specializes in US military news, unit spokesman Lt. Col. Mike Burns said: “There are family members who have reported cases where they received unsolicited contact with some menacing messages,” adding, “We have done several things to inform our paratroopers and families of these risks and ways that they can protect themselves ” Burns added. “I also personally spoke to the brigade [Familiy Readiness Group] leaders today.”

The warnings recommended that family members of the soldiers stationed in Kuwait, to be vigilant and practice smart behavior online.
Burns said. In addition to distributing social media pamphlets, the division has held information forums for families. Burns could not comment on the reports that WiFi access was suspended for brigade paratroopers in Kuwait.

In this context, the Business Insider website published the text of a message that some of the soldiers’ families received through the Instagram application, saying: “If you love your life and want to see your family members again, then pack your things and leave the Middle East. Return to your country. You and your clown terrorist boss brought nothing but terrorism. ”

The website indicated that other messages sought to spread terror among the families of the soldiers, through threats of kidnappings.

On the other hand, the site quoted two American sources, who have direct knowledge of the situation, as saying that the possibility of American soldiers in Kuwait accessing the WiFi network has been suspended due to fears of possible piracy and leakage of sensitive information.

A source from the US Department of Defense said that this network had been hacked, and the contact list was stolen from the phone of a member of the squad, and since then members of the families of the soldiers have received threats and spam from the infiltrators.

The official pointed out that it is not yet clear exactly how and when the hacking operation was carried out, but the US Department of Homeland Security warned that “Iran has a strong cyberattack program … capable of carrying out attacks with disruptive effects at least temporarily.”

It is noteworthy that the combat brigade of the First Brigade, which in turn is affiliated with the American 82nd Airborne Unit, had started its deployment in Kuwait since early January, after it was dispatched hastily, as part of the emergency response to the escalation of tensions with Iran, against the background of the assassination of Qasem Soleimani