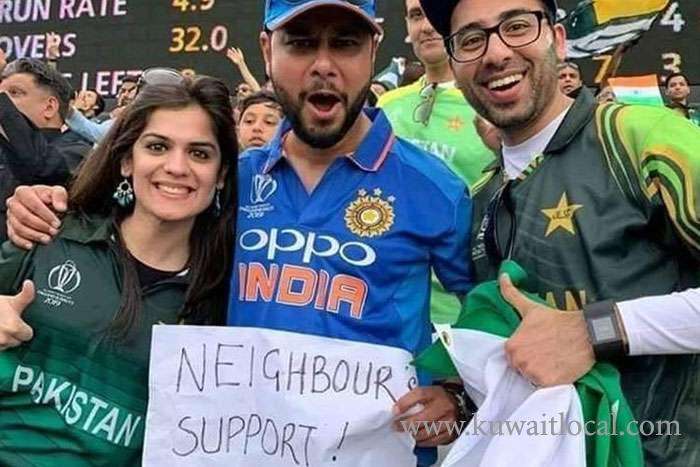 The message reads:
"For the first time since 1947 the entire Indian subcontinent, 1.35 billion Indians and 207 million Pakistanis, 150 million Bangladeshis and 25 million Sri Lankanâ€™s will be praying for an Indian win. Or else... THE 3 ARE OUT FROM THE WORLD CUP"

Former English skipper and commentator Nasser Hussain is curious about who Pakistan fans would be supporting during India and England's contest on June 30 and the responses to his tweet won't surprise you. At all. 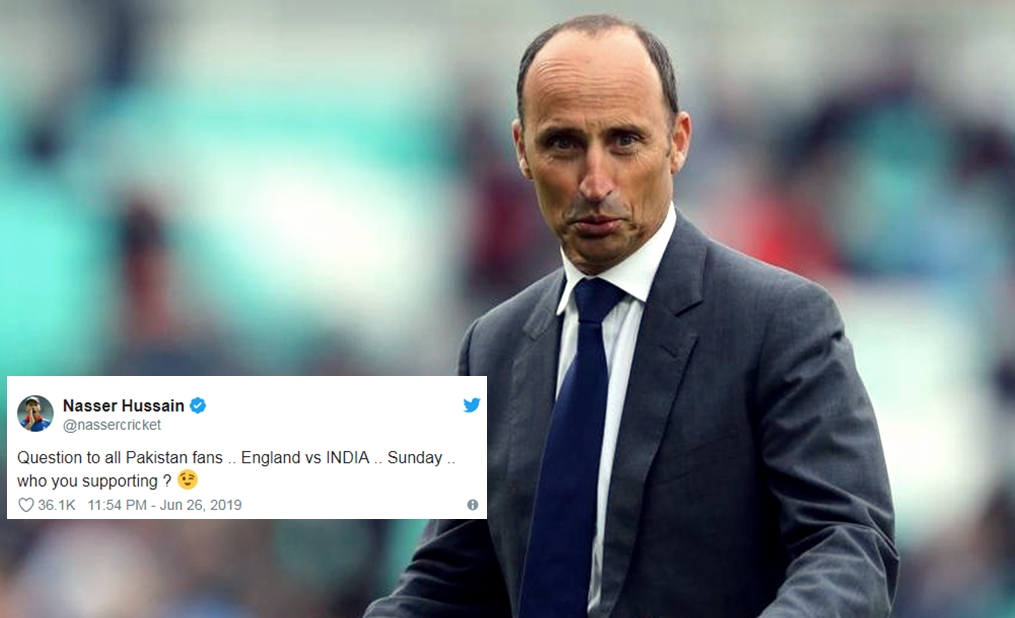 The arch-rivals India and Pakistan have put their rivalries on hold for the greater cause - to uproot the hosts England from their home soil and possibly from the showpiece event to meet each other in the semi-finals or perhaps the big finale.

After coming under severe criticism for their subpar performance and "brainless captaincy" against India, Pakistan has risen from the ashes and showed what Sarfaraz Ahmed's team is capable of. First, the green warriors sent Faf's South Africa packing from the tournament, then they followed it up by breaking New Zealand's winning streak and handing them their first defeat of the World Cup by six wickets.

While Shaheen Afridi starred with the ball, it was Babar Azam's inspirational ton that got the visitors home with 5 deliveries to spare.

With this victory, the tables have turned. Literally. Pakistan's win has put England in dangerous territory of 8 points, just a touch ahead of Bangladesh, Pakistan, and Sri Lanka sitting with 7,7, 6 points respectively and eagerly waiting to take England's 4th slot. Worse, England's remaining matches are against New Zealand and India.

Sensing that the tournament is now open for teams lurking in the bottom half of the points table and no more a "predictable" and "lopsided" World Cup, Indian fans came out in full flow to support Pakistan to beat the BlackCaps on Wednesday and now, the time has come for the fans from the other side of the border to reciprocate.

On Thursday, a curious tweet from Nasser Hussain cleared the air when the Men in Green declared that it would be Virat Kohli & Co. who they would cheer for when they take on England on Sunday. 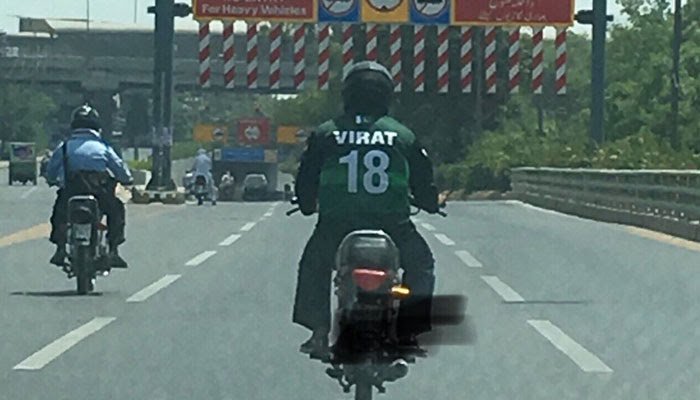