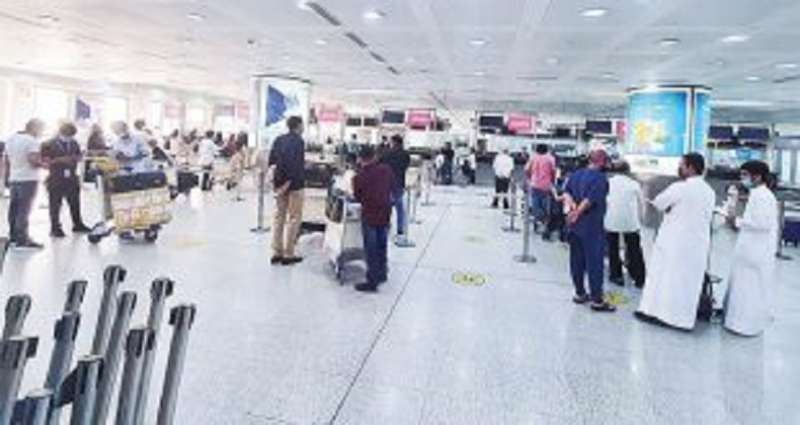 The decision taken by the Board of Directors of the Public Authority for Manpower (PAM) to allow the renewal of work permits for residents who are over 60 years old and have high school level qualification or less but with an annual payment of KD 2,000 was no less shocking than the decision that bans the renewal in the first place, reports Al-Rai daily. Many of those who are affected by the decision expressed their disappointment, especially since they cannot secure such a high amount from their low salaries. They indicated that the new decision was intended to force them to leave the country. The daily sought to obtain the opinions of some of those included in the decision.

One among them is Abu Faisal who works in a stall in the Mubarakiya market. He asked, “Do you think I am able to earn KD 2,000 per year from this stand?”. Abu Faisal said, “They do not want us in Kuwait. I have reached the age of 60 years old and have respect and appreciation for what I have achieved. However, where is the justice in asking me to pay such a high amount, while the work permits of those in their twenties are free?” Another worker affected by the decision,

Abu Turki, said, “My bank account has never seen KD 1,000, and now I am being demanded to pay KD 2,000 to renew my residency. I pay KD 400 as rent for this shop per month, and I am left with just KD 150. How will I pay KD 2,000 per year with the remaining amount?” One of the oldest sellers in the market, Abu Muhammad, expressed his surprise by the decision. He said, “This decision is in the hands of the state, and we have no other solution … So what should we do?” Another worker in the Mubarakiya market, who is included in the decision, also expressed surprise by the decision, asking, “Is this decision correct? Is it true that the government wants to take KD 2,000 from a worker like me who earns KD 150 a month? They gave me KD 500 and I am walking home if they don’t want us. I have completed 60 years of working in Kuwait and serving the country as a porter. What is the reward? Being expelled?” The spouse of one of the expatriate workers, on whom this decision will apply, asked with tears in her eyes, “From where will we get KD 2,000 for me and this poor old man?”. She said, “We live in a country of humanity, blessing and giving”.

Another worker Abu Mahdi said, “Where can I get KD 2,000 to pay for the residency? There is no work and I have not paid the rent of the shop to my sponsor until today.”