<![endif]-->
Advanced Search
The Newly-elected Kuwaiti MPs Balk At The Notion That The Assembly Is Responsible For Billions Of Dollars In Losses
Category: Kuwait 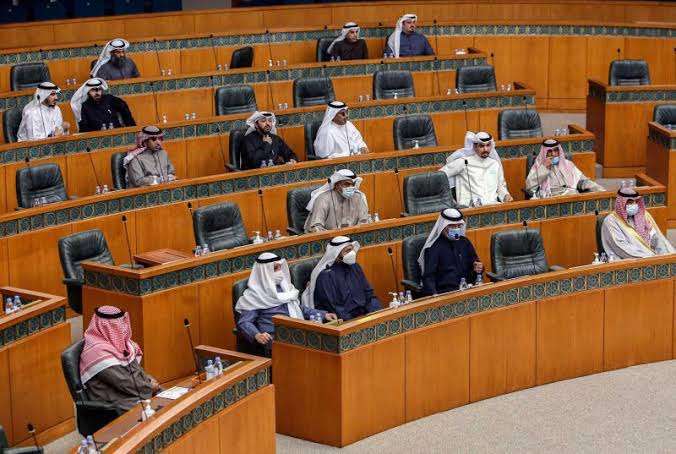 Newly-elected MPs responded negatively to a report broadcast by Al-Arabia TV, alleging that the National Assembly is responsible for losses estimated at billions of Kuwaiti dinars. MP Abduljareem Al-Kandari said: “Some sisterly Gulf countries share our democracy, but they do not want to implement it in their territories. They ignore important issues in their territories, yet they enjoy freedom of speech if the topic is about Kuwaiti issues.”

According to Hamad Al-Medlej, Kuwait has been setting an example to neighboring countries by adopting democratic rule since 1962. He added that since then, there have been attempts to distort or demolish Kuwaiti democracy. MP Abdullah Al-Mudaf asserted that democracy is capable of self-correction, while the people have the ability to produce a legislative authority which could be a model in terms of showing the right path to others.

The Assembly is responsible for canceling the deal between Petroleum Industries Company (PIC), a subsidiary of Kuwait National Petroleum Corporation (KNPC), and Dow Chemical. Former MP Jamaan Al-Harbash commented on the aforementioned part of the report; indicating if Al-Arabia TV is aware that the oil minister at the time protected the deal and the MPs who grilled the then prime minister for cancelling the partnership deal are members of the Islamic Constitutional Movement, the report would not have been broadcast. He called on the Ministry of Foreign Affairs to take action in this regard.

As well, MP Fares Al-Otaibi emphasized that the Assembly has never disrupted development. He added the legislature is considered a “high wall” in combating corruption and it serves as a platform for citizens to convey their messages. He voiced objection to what he considers “interference in the internal affairs of Kuwait.” MP Jenan Bushehri underscored the need for the Ministry of Information to reply to such reports by highlighting the advantages of democracy and achievements of the Assembly.

A petition for the release of MP Marzouq Al-Khalifa, who is currently in jail for participating in primary elections in 2020, has been rejected by the Court of Cassation. The court set Oct 10 for the issuance of the final verdict on this case; that is, a day before the inaugural session of the newly elected legislature on Oct 11. Meanwhile, the Criminal Court ordered the release of MP Hamed Al-Bazzali and other individuals accused of organizing and participating in the Bani Ghanim Tribe primary elections.

Moreover, former MP Khalid Ayedh Al-Anzi, who contested the recent elections, announced his plan to file a petition against the results of the elections; claiming there were errors during the counting of votes and this is the reason why he lost. Furthermore, a number of newly elected MPs will meet soon to coordinate their positions on electing the deputy speaker between MPs Muhammad Al- Mutair and Hassan Jawhar. MP Mubarak Al-Hajraf has unveiled his intention to submit a bill on general amnesty in the first session of the new legislature. A number of MPs also called for the immediate implementation of a plan to solve the traffic jam on roads since the opening of schools on Sunday.