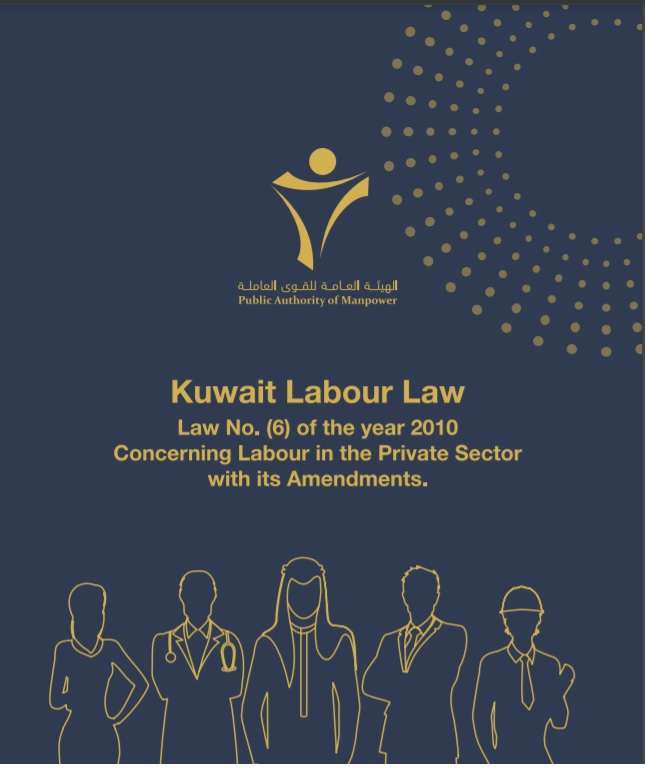 Termination of Work Contract and End of Service Benefit
Article (41)
Subject to the provisions of Article (37) of this Law:
a. The employer may terminate the services of a worker without notice,
compensation or benefit in the event where the worker has committed
any of the following acts:

1. If the Worker has committed a mistake that resulted in a large loss
for the employer.

2. If it was found that the worker obtained employment through cheating
or fraud.

3. If the worker divulged secrets related to the establishment which
caused or would have caused real losses.

b. The employer may dismiss the worker in any of the following events:

1. If he been found guilty of a crime that relates to honor, trust or
morals.

2. If he committed an act against public morals at the work site.

3. If he assaulted one of his colleagues, his employer or deputy during
work or for a reason thereof.

4. If he breached or failed to abide by any of the obligations imposed
on him by the contract and the provisions of this Law.

5. If he is found to have repeatedly violated the instructions of the
employer.

In such events, the decision of dismissal shall not result in the deprivation
of the worker of his end of service benefit.

c. The employee who is dismissed for any of the reasons stated in this
article shall have the right to object against such decision before the
competent Labour department in accordance with the procedure
set forth in this Law. If it is established, by virtue of the final verdict,
that the employer arbitrarily dismissed his worker, the latter shall be
entitled to an end of service benefit and a compensation for material
and moral damages.

Article (42)
In the event where the employee is absent from work for 7 consecutive
days or 20 separate days within a year without a valid excuse, the
employer shall have the right to consider him as having resigned. In such
event, provisions of Article 53 of this Law shall apply with regard to the
worker’s end of service benefit.

Article (43)
In the event where the worker is imprisoned due to an accusation by the
employer and placed in preventive detention or is detained in execution
of a non-final court verdict, he shall be deemed suspended from work.
However, the employer shall have no right to terminate his contract,
unless he has been convicted with a final judgment.

In the event where the verdict acquitted him from the accusation of the
employer, this latter shall pay the remuneration of the worker for the
period of suspension and pay him a fair compensation that shall be
assessed by the court.

Article (44)
In the event where the term of the work contract is not specified, both
parties shall have the right to terminate the same by means of a notice to
the other party as follows:

a. Three months prior to the termination of the contract for the workers
earning a monthly remuneration.

b. One month prior to the termination of the contract for other workers.
In the event where the party wishing to terminate the contract does not
abide by the period of notice, he shall be obliged to pay the other party
a compensation for the notification period equal to the remuneration
of the worker for the same period.

c. In the event where the notification of termination is issued by the
employer, the worker shall have the right to be absent one day or 8
hours per week in order to search for other work. He shall also be
entitled to his remuneration for the day or hours of absence.
The worker shall decide on the day or hours of absence and shall
notify the employer at least one day prior to such absence.

Article (47)
In the event where the term of the work contract is specified and the
contract was unrightfully terminated by either party, the terminating party
shall compensate the other party for damage provided that the amount
of the compensation shall not exceed the remuneration of the worker for
the remaining period of the contract. The damage suffered by the parties
shall be determined according to trade custom, the nature of the work,
the duration of the contract and in general all considerations that may
have an effect on the damage with regard to its existence and extent.
All debts due to the other party shall be deducted from the value of the
compensation.

Article (48)
The worker shall have the right to terminate his work contract without
notification and shall be entitled to his end of service benefit in any of the
following cases:

a. If the employer does not abide by the terms of the contract or the
provisions of the law;

b. If the worker was assaulted by or by provocation from either the
employer or his deputy;

c. If continuing work will endanger his safety and health pursuant to the
decision of the medical arbitration committee at the Ministry of Health.

d. If the employer or his deputy committed an act of cheating or fraud
with regard to work conditions upon signing the contract.

e. If the employer has accused the worker of committing a punishable
act and the final verdict acquitted him.

f. If the employer or his deputy commits an act that violates public
morals against the worker.

Article (49)
The work contract shall be terminated by the death of the worker or in
the event where the worker is proven incapable of performing his work,
or due to a sickness that uses up all the worker’s sick leave entitlements
as evidenced by a medical report approved by competent official medical
bodies.

Article (50)
The employment contract shall be deemed terminated in the following
events:

a. If a final verdict was issued declaring bankruptcy of the employer;

b. If the establishment was permanently closed;
In the event where the establishment is sold, merged with another
establishment or transferred by inheritance, donation or other legal action,
the work contract shall remain valid under the same conditions and the
obligations and rights of the original employer towards the workers shall
be transferred to the employer who has taken his place.

Article (51)*
The worker shall be entitled to an end of service benefit as follows:

The worker shall be entitled to a benefit for the fraction of the year in
proportion to the period of service. Loans and credits owed by the worker
shall be deducted from the due end of services benefit.

The provisions of the Social Security Law shall be taken into consideration
in this regard. The worker shall be entitled to the end of service benefit
in full upon the end of his service with the entity he works for without
deducting the amounts borne by such entity against the worker’s
subscription to the Public Institution for Social Security during his work
term. This provision shall apply as of the effective date of the referred-to
Law No. 6 of 2010.

Article (52)
Subject to the provisions of Article 45 of this Law, the worker shall be
entitled to the entire end of service benefits stated in the preceding Article
as follows:

a. If the employer terminates the contract;

b. If the duration of the contract expired without being renewed.

c. If the contract was terminated in accordance with Articles 48, 49 and
50 of this Law.

d. If the female worker terminates the contract as a result of her marriage
within a year after the date of marriage.

Article (54)
The worker who terminates his work contract shall be entitled to an end of
service certificate from the employer stating the duration of his services,
his position and the last remuneration he received. The employer shall
not have the right to include, explicitly or implicitly, any expressions that
may harm the employee or limit his employment prospects. The employer
shall return to the worker all the documents, certificates or tools delivered
to him by the employee.