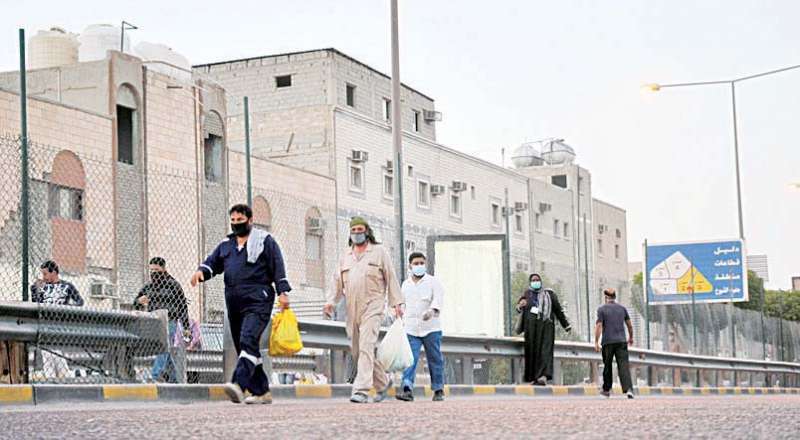 According to a recent statistic, nine government agencies affiliated to the Ministry of Finance have 563 job vacancies currently.

Those agencies have employed about 184 Kuwaiti citizens since the issuance of Resolution No. 11/2017 by the Civil Service Commission (CSC). They also terminated the services of 87 expatriates and offered those vacated positions to Kuwaiti citizens.

The statistic explained that many government agencies acknowledge the difficulty in appointing Kuwaiti citizens due to their reluctance to take up such jobs because of low salaries or their lack of preference for such jobs.

However, government agencies will not hesitate to raise the level of Kuwaitization and lay off as many expatriates as possible in line with the instructions of the Cabinet and CSC in this regard.

Labourers heading for work as Jleeb Al-Shuyoukh lockdown ends after more than three months. (Photo by Mohammad Morsi)
These governmental corridors justified the increase in the number of job vacancies in them for years to the decrease in the monthly salary determined in accordance with the internal regulations for personnel affairs.

This resulted in the reluctance among Kuwaiti citizens to take up those jobs, despite more than 34 advertisements posted by these agencies in less than a year. These agencies include the Public Institution for Social Security which has 180 job vacancies. On the other hand, there are entities that recorded the highest rate of Kuwaitization, such as the Central Bank of Kuwait, which succeeded in registering the highest rate of Kuwaitis in history to reach 91.7 percent.

It also succeeded in reducing the number of expatriate employees to below 2.7 percent. During the current fiscal year, it employed about 97 Kuwaiti citizens.

The statistic revealed that the Ministry of Finance is committed to applying the Kuwaitization policy in accordance with the CSC plan. It has terminated the services of employees from several job groups, and sent ten warnings to non-Kuwaiti employees to urge them to complete their end-ofservice procedures.(Al Anba)

Kuwait Opens Airport. More Than 10,000 Tickets Cancelled As Kuwait opened its Airport for commercial operation today, according to reports, more than 10,000 tickets will be cancelled after the sudden decision to ban commercial aviation with 31 countries. ... August 01, 2020 0 7942 Category: Travel

Residence Transfer Of Children To Mother Stopped The General Administration of Residency Affairs decided to stop transferring the residency of the children to their mothers in cases where the father has left the country permanently or his residence ... July 31, 2020 0 7880 Category: Kuwait

Kuwait Bans Entry From 31 Countries Kuwait today expanded the list of countries, from which it is prohibited for people to enter Kuwait. As the Kuwait airport started commercial activities today, the Civil Aviation Authority announced t... August 01, 2020 0 5698 Category: Travel

India Signs Air Transport Bubble Agreement With Kuwait India and Kuwait have signed a transport bubble agreement which will enable air carriers to uplift stranded passengers both to and from India. However, since Kuwait has issued a temporary ban of re... July 31, 2020 0 5534 Category: Travel

Kuwait Approved PCR Testing Centres in India Testing for the coronavirus has been very much in the news. The first and most urgent focus is on increasing access to tests to diagnose people with current infections. Doctors use PCR test to diagnos... July 30, 2020 0 5257 Category: Coronavirus

Expats From 7 Banned Countries Can Enter Kuwait If They Have Stayed In Other Permitted Country For 14 Days The Directorate General of Civil Aviation stated that residents from the seven declared countries (Bangladesh, the Philippines, India, Sri Lanka, Pakistan, Iran, Nepal) is not related to the citizensh... July 30, 2020 0 4736 Category: Expats

Expatriates Who Left Kuwait After September Can Now Return Expatriate residents who have left Kuwait after September 1, 2019 can re-enter Kuwait as per a circular issued by Kuwait’s Directorate General of Civil Aviation DGCA allowing passngers to be abl... August 01, 2020 0 4686 Category: Kuwait 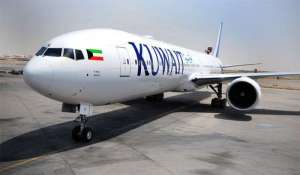